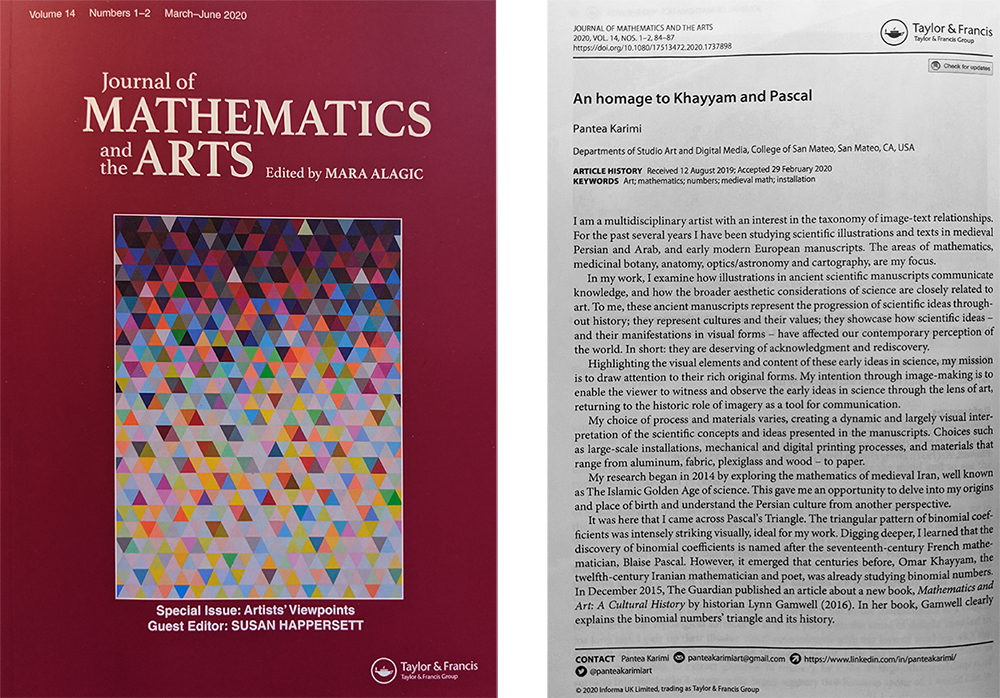 My research began in 2014 by exploring the mathematics of medieval Iran, well known as The Islamic Golden Age of science. This gave me an opportunity to delve into my origins and place of birth and understand the Persian culture from another perspective.It was here that I came across Pascal’s Triangle. The triangular pattern of binomial coefficients was intensely striking visually, ideal for my work. Digging deeper, I learned that the discovery of binomial coefficients is named after the seventeenth-century French mathematician, Blaise Pascal. However, it emerged that centuries before, Omar Khayyam, the twelfth-century Iranian mathematician and poet, was already studying binomial numbers. In December 2015, The Guardian published an article about a new book, Mathematics and Art: A Cultural History by historian Lynn Gamwell (2016). In her book, Gamwell clearly explains the binomial numbers’ triangle and its history.In Figure 1, each hexagon contains a number which is the sum of the numbers above it. For example, in the last row, the number 792 is the sum of the two numbers 330 + 426. This triangular pattern in Iran is known as Khayyam’s triangle after Omar Khayyam who described the same pattern earlier than Pascal.

Read more: An Homage to Khayyam-Pascal