When the Medium is Not the Message, 2008

During the late 1990s, while studying graphic design at Art University in Tehran, I became interested in publications and the history of the print industry in Iran; I gathered reproductions and iconic images of the first Iranian newspapers from the 19th c., which were printed in lithography, and investigated their layout and design. Print media continued to be a major inspiration source to me, both visually and conceptually; during my studies at Hastings College of Arts in England and later at San Jose State University, I developed more interest in the topic, by examining the design of Iranian newspapers and magazines from more recent times including the Pahlavi period (1925-1979) and the years following the Islamic Revolution of 1979, in the archive of Princeton University.

The intermingling of text and image in carefully crafted grids was a dominant theme in classical Persian manuscripts and 19th-century newspapers. My compositions and frames in this series make up a stratum reminiscent of those used in 19th-century Persian newspapers. I use ink, tea, and printmaking techniques: screen-printing and monotype, as the production methods for my pages. The content is inspired by my observations and conceptual themes that dominate contemporary mass media and I draw on images from our modern world. In my newspaper pages, illustrations accompany illegible texts and false columns. When Medium is Not the Message series conceptually emphasizes those phenomena made irrelevant through intentional omission or manipulation.  In this regard, the illegibility of text is a metaphor for the ignorance of the masses, and misrepresentation perpetuated by dominant media. 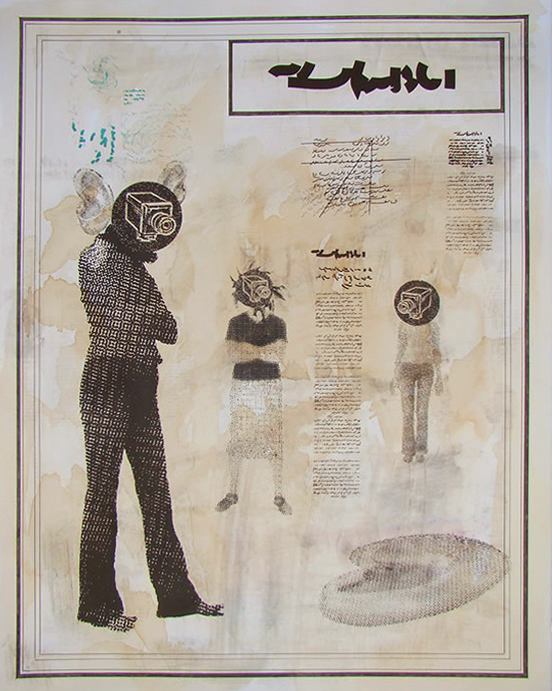 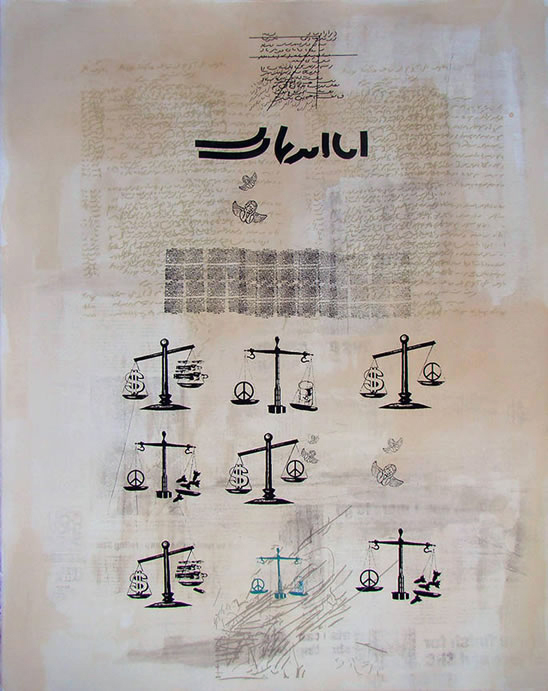 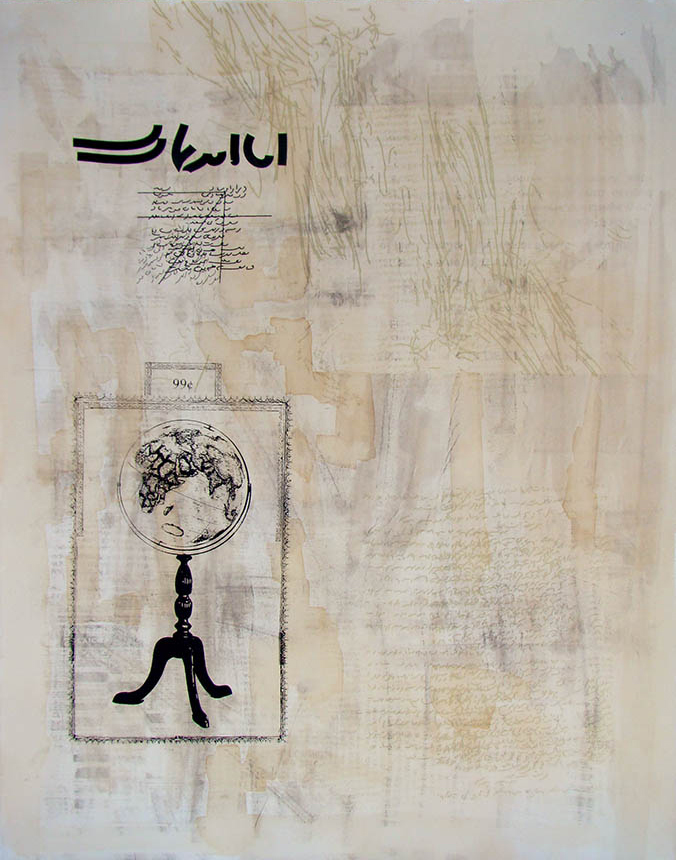 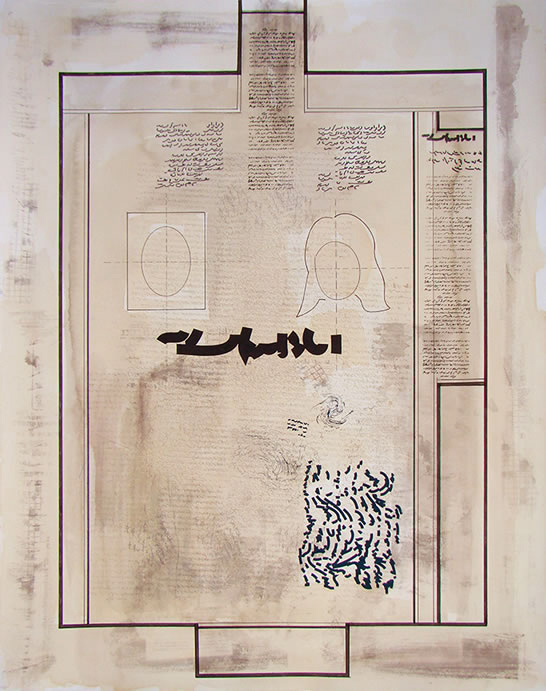 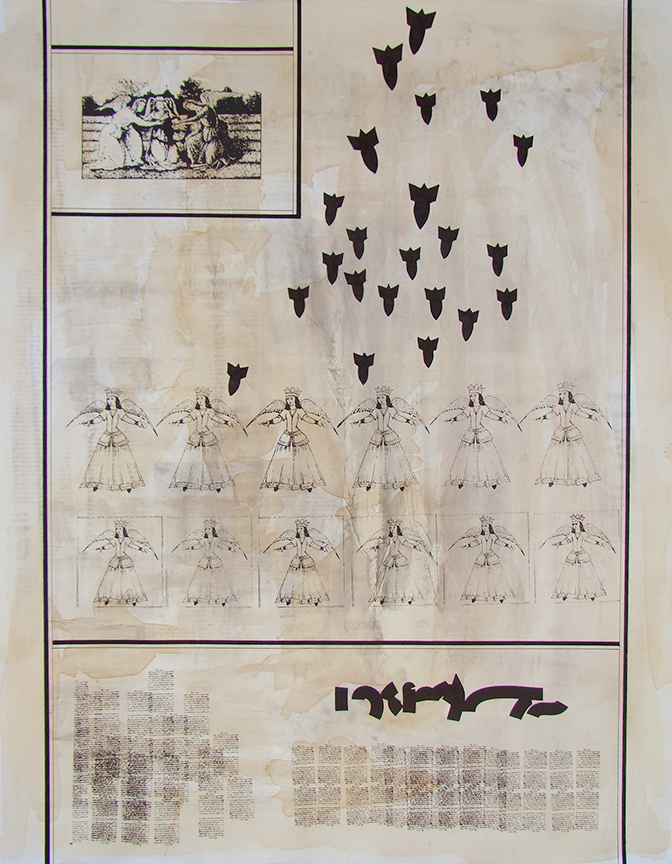 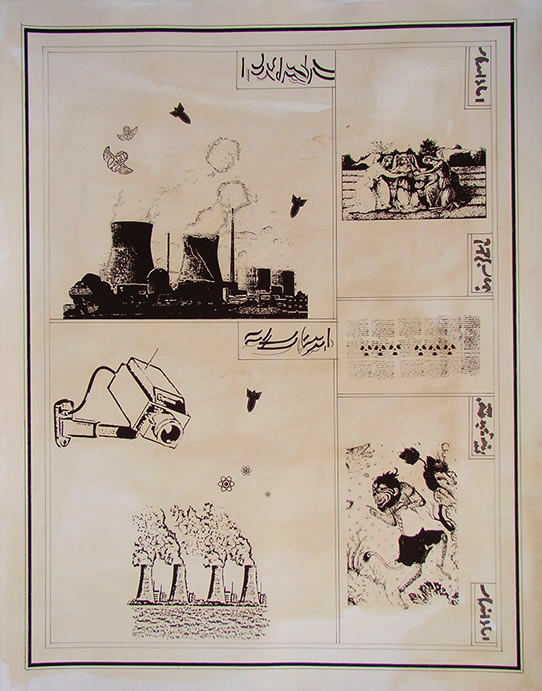 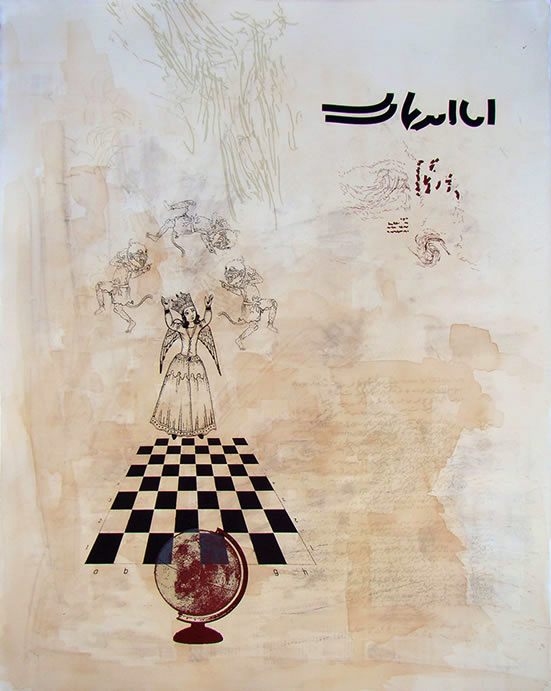 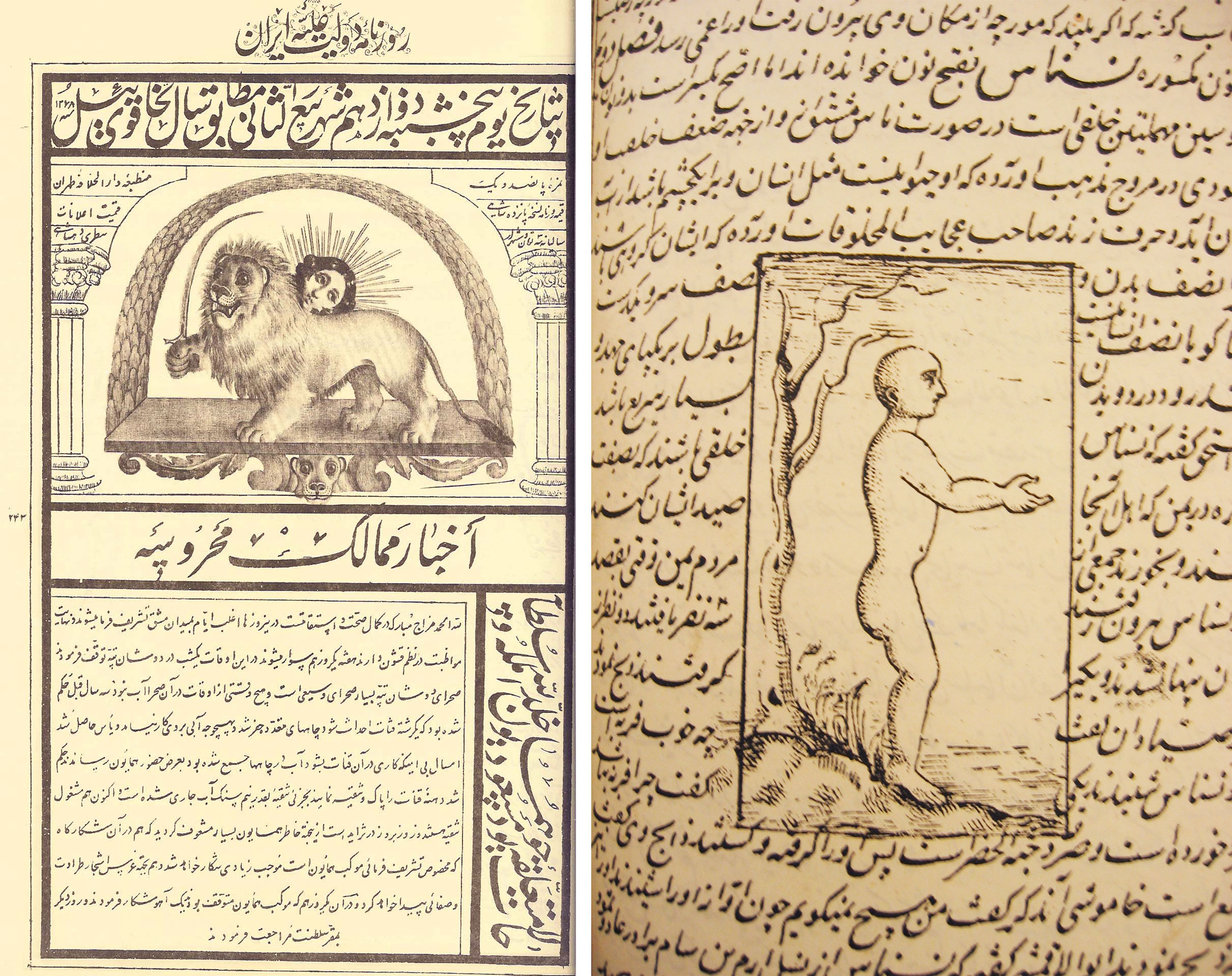 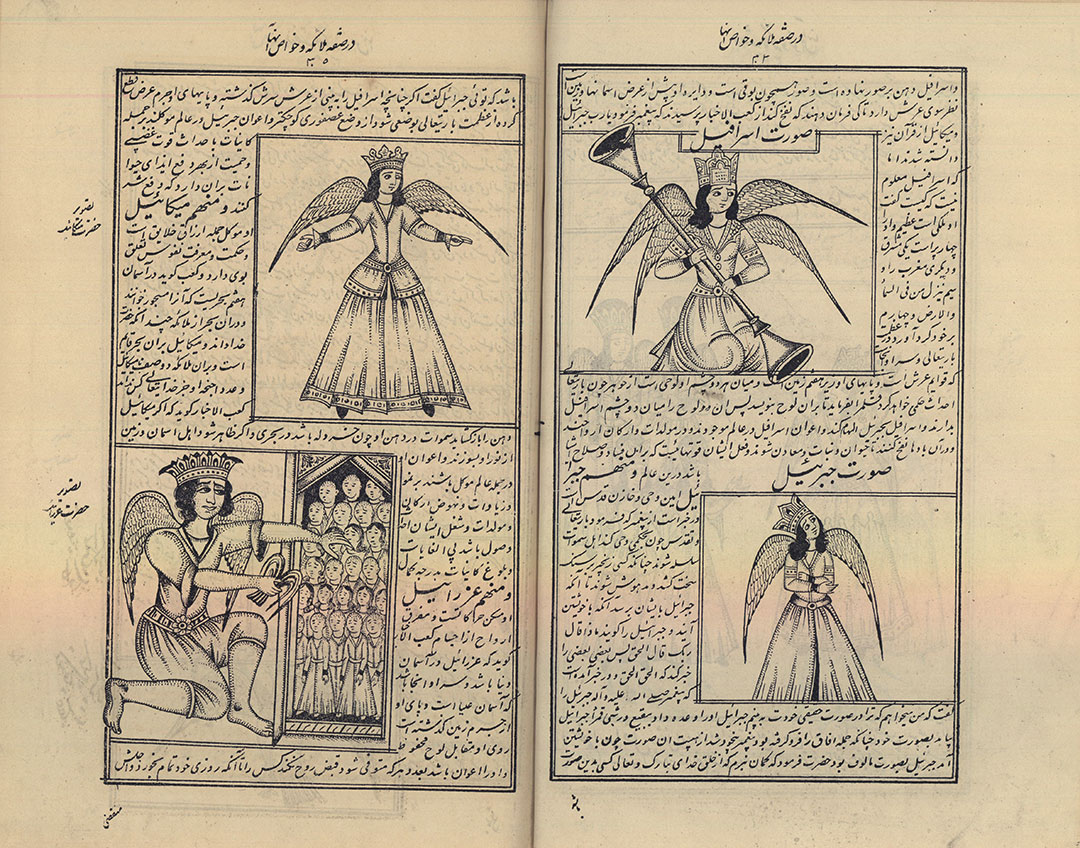