We’re the Center of the Universe! 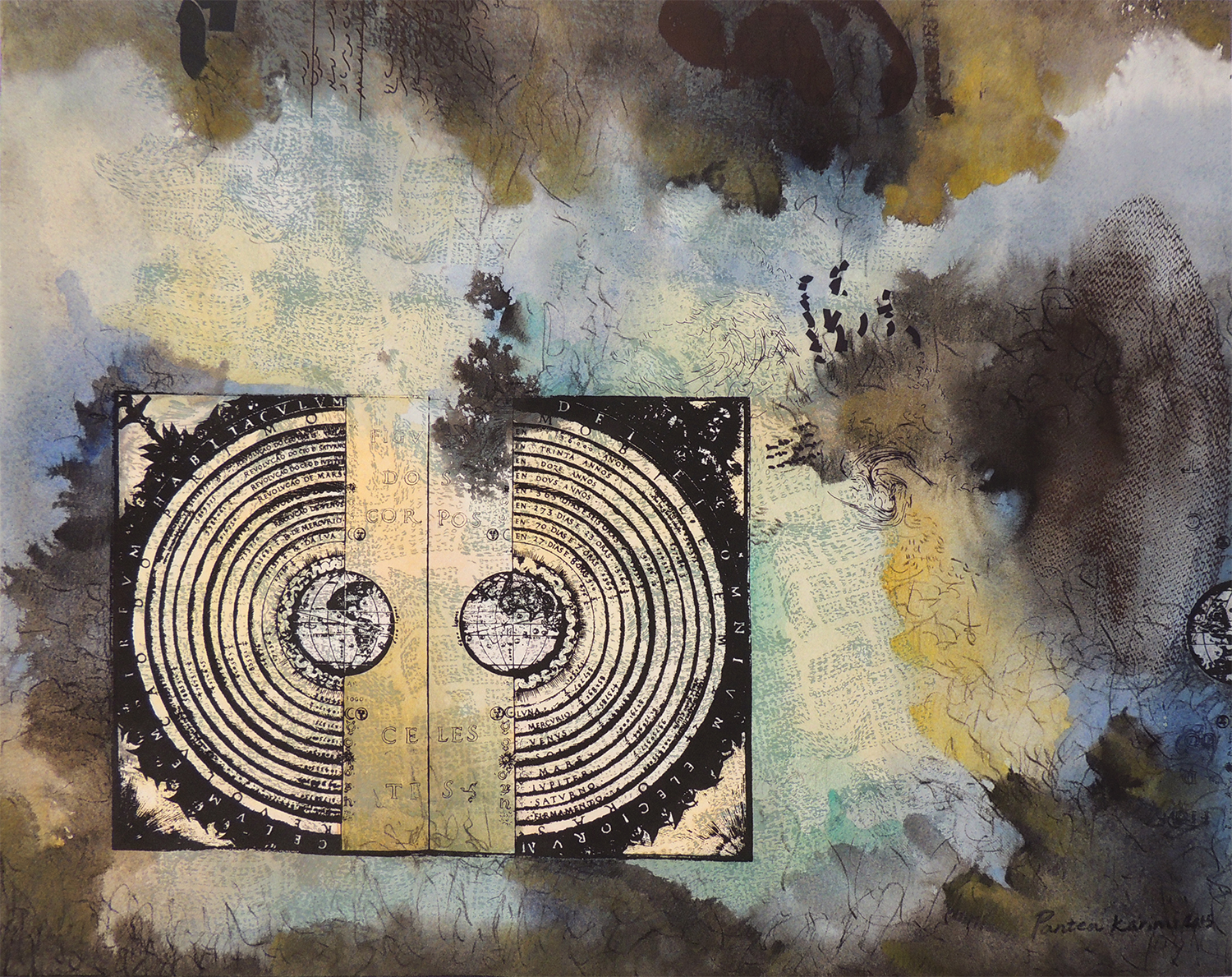 In Pantea Karimi’s new watercolor and silkscreen work called The Return of Geocentrism i, centuries of knowledge — and layers of meaning — flood across a celestial horizon that has the sun revolving around the earth.

The art is Karimi’s take on a 16th-century cartographic work by Portugal’s Bartolomeu Velho, who was envisioning a second-century idea by the Greek-Egyptian scholar Ptolemy. In Velho’s time, during the European Renaissance, knowledge was transferred through books translated over the centuries by Arab and Persian scholars who’d kept alive Greek theories that would otherwise have been lost. No Arab and Persian scientists. No European Renaissance.

Karimi is honoring this cross-century transference, where Velho was collaborating with Ptolemy through ancient scholars from the Middle East. But Karimi’s work, which is part of her art series called “Punctum Caecum” — Latin for “blind spot” — is also a sly commentary on today’s environmental concerns.”I use the title ironically,” says Karimi, who was born and raised in Iran and now lives in San Jose. “Because of all the problems that we have on Earth — climate-wise and scientifically — the return of geocentrism is a kind of metaphor. Do we have to pay attention to Earth again? Isn’t it Earth at the center of attention?”

Karimi will exhibit The Return of Geocentrism i and other work from her “Punctum Caecum” series at stARTup Art Fair San Francisco, which runs April 29 through May 1 in the Marina District and features many artists who don’t have traditional gallery representation.