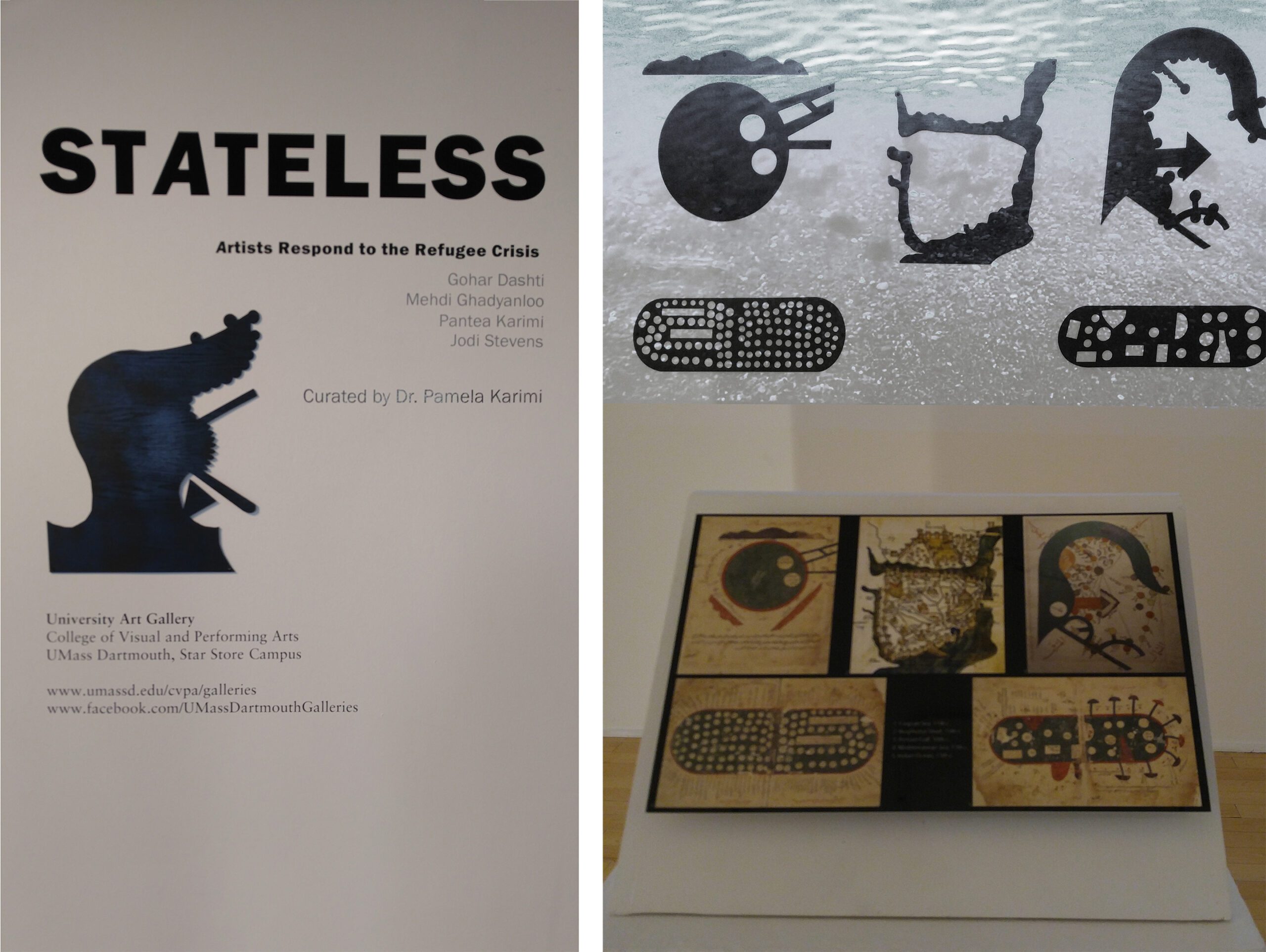 These are tumultuous times and there is an endless barrage of disturbing images that remind us how much misery and pain is in the world. One such haunting image surfaced in late 2015, when the world became aware of the photograph of a three year old Syrian boy Alan Kurdi. He wore a bright red T-shirt and he was face-down on the beach, like a discarded toy. He drowned in the Mediterranean Sea as his family fled crisis in the Middle East. That toddler could have been anyone’s son. But instead he became a symbol of something gone very wrong.

In an alcove, Pantea Karimi (sister of the curator) displays “Waters of Life, Waters of Death” in which a video projection of lapping waves on a tranquil beach is projected over black silhouettes derived from ancient maps of the Persian Gulf, the Caspian Sea and elsewhere. The sound that accompanies the video is soothing. But it would be a tragic mistake to get lulled.