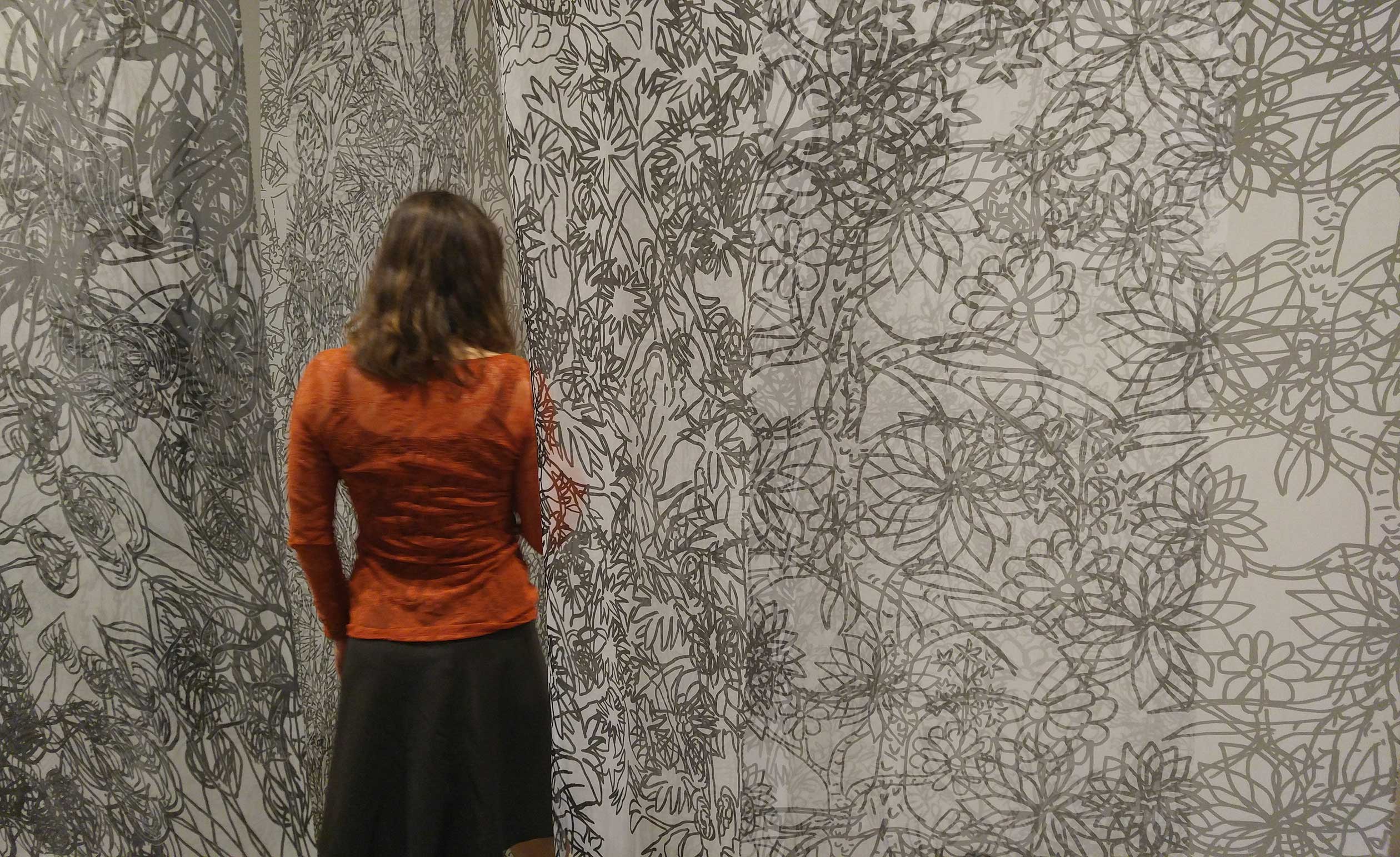 Printmaking rarely aspires to monumentality. Its history, with a few notable exceptions, is largely one of intimate works made either by dedicated printmakers or by painters seeking to expand their purview with help from master printers. Printstallations, a show featuring the work of eight such masters, upends that tradition by filling half the San Jose ICA with large-scale prints. They dominate entire walls, hang from the ceiling and activate floor space using a wide range of media and techniques, including photography, lithography, textiles, woodblock prints, computer-aided design, LED lights and much else. The exhibition is but the latest example of the ICA sidestepping staid white-cube displays in favor of more active modes of audience engagement. While size is a critical component, the strength of the show rests more with innovative processes than with expositions of sheer scale.

Pantea Karimi, a native of Iran, imprints floral patterns culled from a 12th century herbal medicine text onto translucent silk banners that hang from the ceiling. Her efforts, titled Folding Gardens, bring to mind those of another 19th century German photographer, Karl Blossfeldt. His precise shots of plants, achieved with a camera capable of magnifying subjects by up to 30 times their original size, revealed structural patterns never before seen.