The Journal of The California Society of Printmakers:

Marriage of Technology and Tradition 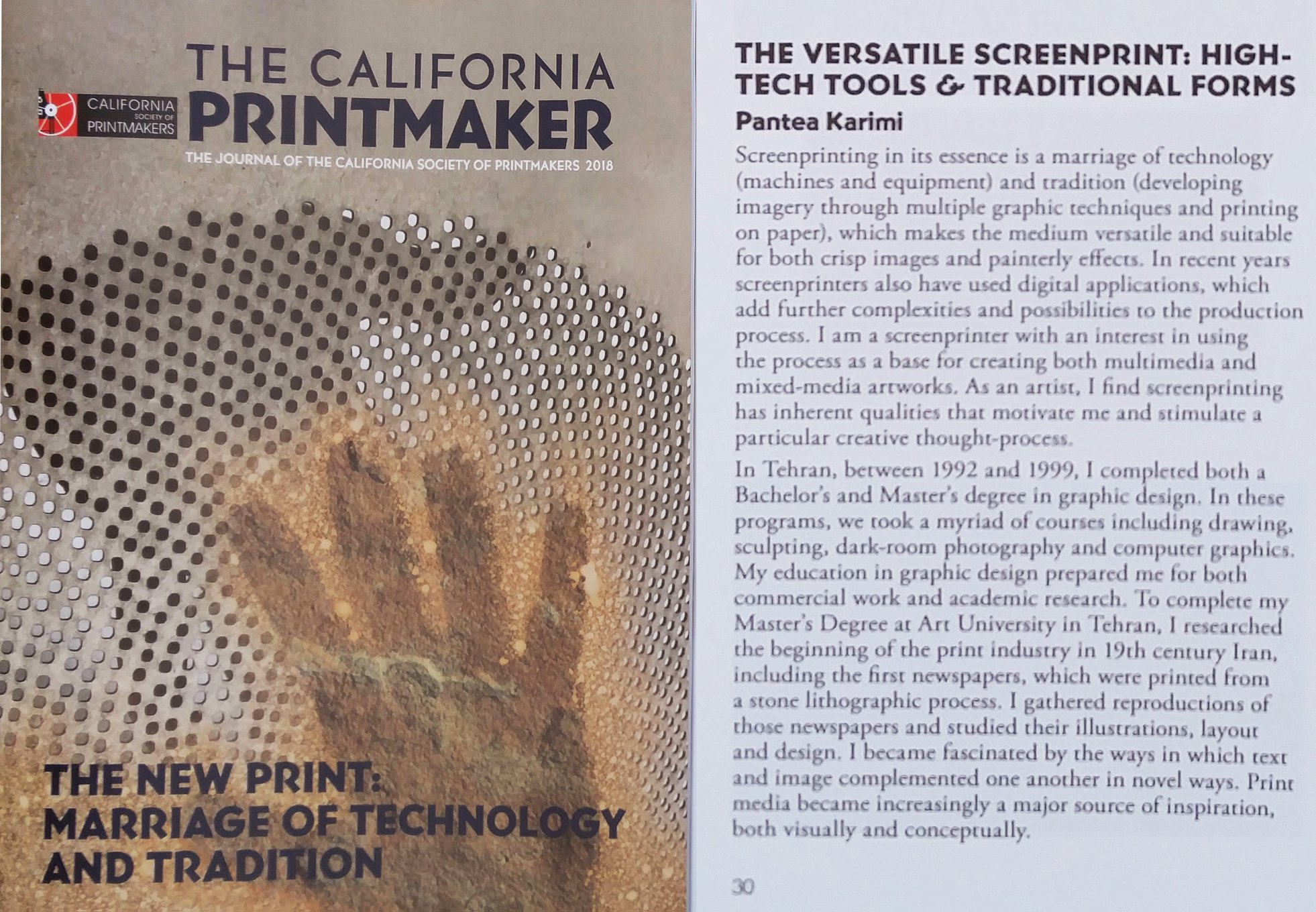 Screen-printing in its essence is a marriage of technology (machines and equipment) and tradition (developing imagery through multiple graphic techniques and printing on paper), which makes the medium versatile and suitable for both crisp images and painterly effects. In recent years screen-printers also have used digital applications, which help add further complexities and possibilities to the production process. I am a screen-printer with an interest in using the screen-printing process as a base for creating both multi-media and mixed-media artworks. As an artist, I find the screen-printing medium has inherent qualities that motivate me and stimulate a particular creative thought-process.

In 2014, I began a new research project which revisits my earlier investigations in the history of Iranian print media. My work since 2014 has been an exploration into the pages of medieval and early modern scientific manuscripts, particularly Persian, Arab and European. I am intrigued by the complex expressions of medieval and early modern scientists through scientific illustrations and diagrams. This research project further compelled me to utilize different materials, experiment with novel ways of displaying my work and employ new technologies.

I have been using art installations, screen-prints on paper and other substrates, Virtual Reality and video projections to create a dynamic visual interpretation of the scientific concepts and ideas presented in the manuscripts. My research into the visual representations of medieval and early modern mathematics, medicinal botany, anatomy, optics and cartography is ongoing.