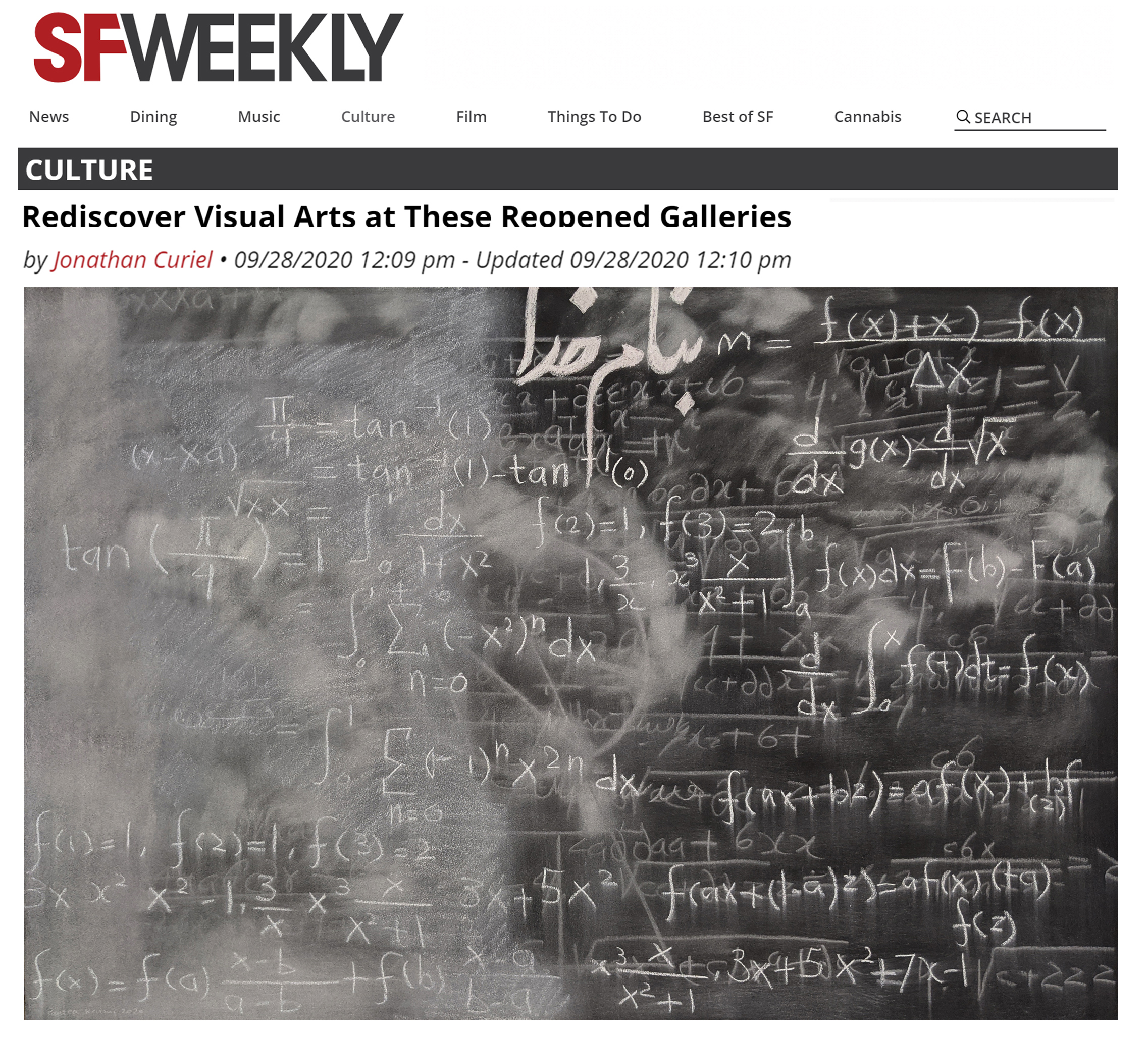 Pantea Karimi’s exhibit at Oakland’s Mercury 20 Gallery, “The Unbearable Lightness of Mathematics,” is a reconstruction of her school life in Iran during the late 1980s, when she struggled with the pressures of science education and struggled with the school administration’s attempts to root out her growing, teenage interest in the music of Madonna and Michael Jackson. A clash was inevitable, and Karimi, who now lives in San Jose, tells visitors how it ended through a sequence of 10 mock blackboards with mathematical formulas that gradually get more cloudy — with the final board almost completely shrouded in a chalky fog.

Iran’s 1979 revolution ushered in strict religious standards, so the Persian wording for “In the Name of God” shouts from each of the 10 blackboards. The first blackboard features a copy of Isaac Newton’s mathematical handwriting alongside Karimi’s Persian handwriting, which she uses to express her concerns about studying math and taking exams. Halfway through the 10 blackboards, two clouded photos of Iran’s religious leaders oversee the blackboards and a trove of Karimi’s personal objects from that time, such as Reebok sneakers and cassette tapes of U.S. pop stars.

The blackboards’ interplay of cloudy chalk, Persian lettering, and math formulas — and their sequential morphing from clearly visible to almost nothingness — is a kind of visual existentialism. This aspect of the work is underscored by the dark boards’ setting: a cavernous, white-walled space.

More than a decade ago, Marjane Satrapi’s graphic novel and accompanying film, Persepolis, made the world smile and cringe at her former life in Iran, including her student life. “The Unbearable Lightness of Mathematics” produces a similar effect — only this time, we’re asked to physically stand in a place that mirrors what Karimi felt three decades ago. The mirror gets fuzzy in places. But even hazy images produce meanings that are crystal clear.