Iran, a signatory to Non-Proliferation Treaty (NPT), is the most peacetime sanctioned and politically subjugated country in the world. UNSC nuclear-armed states have collectively pressured Iran to abandon many of its NPT rights. The Trump administration declared that suffocating Iran’s economy was an American strategy aimed at triggering a mass uprising. People of Iran, including my family, have been under tremendous pressure because of the sanctions.

In the past few months, while working on my new series, Artful Attacks, I have been preoccupied with thoughts of political pressure and sanctions. The title, Artful Attacks, refers to the mysterious attacks that have targeted Iran’s nuclear site in the historic city of Natanz. This new body of work was shaped organically as a reaction to the coverage of such incidents in the media. As a result, my 42 ft long scroll drawings visualize deconstructed, interrupted, and ambiguously arranged geometric patterns as a metaphor for political pressure and tension.

In my pieces, I have appropriated patterns from a 97-foot late medieval Iranian document called the Topkapi scroll housed at the Topkapi Palace in Istanbul, Turkey. Pasted at one end to a wooden rod, this paper scroll compiles a collection of 114 rectangle and square geometric architectural drawings and tiling patterns with Kufic script, in black and red inks. The Topkapi scroll is a significant example of the interconnectivity of science and art. In a group of ceramic tiles, I use words that surface in the Iranian press, such as cyberattack, sanctions, nuclear power, covert war, mysterious explosion, and political tension.

Like Kufic geometric ceramic tiles found in both Topkapi scroll and Natanz historic shrines and mosques, my Kufic arrangements are composed in a somewhat undecipherable manner. The choice for the pairing of black and yellow comes from the standard nuclear power logo. Through erasing, blurring, re-drawing, de-coloring, and re-coloring the same patterns, I create new patterns and disturbed surfaces. My large scroll drawings, ceramic Kufic tiles, and performative videos collectively represent both my emotional unease and the constant threats to the historical city of Natanz and its medieval architecture-as an exemplar of the whole Iranian culture and nation.

The words from left to right on the Political Kufic Ceramic Tiles, 2021: 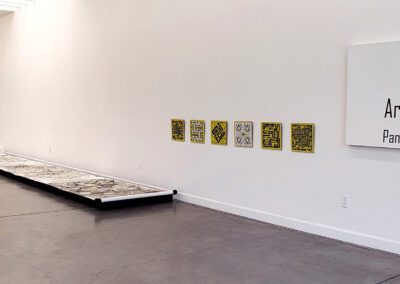 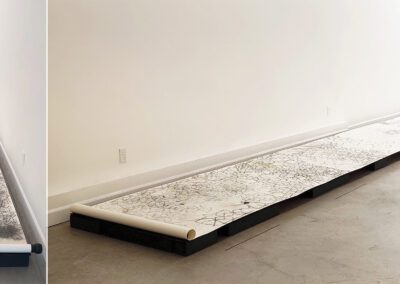 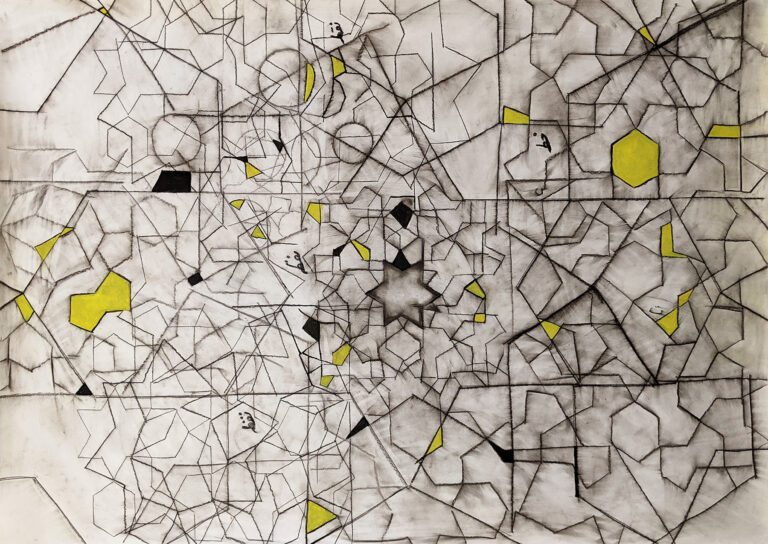 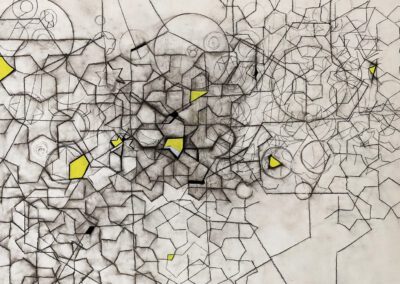 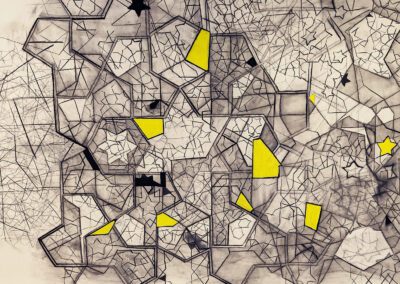 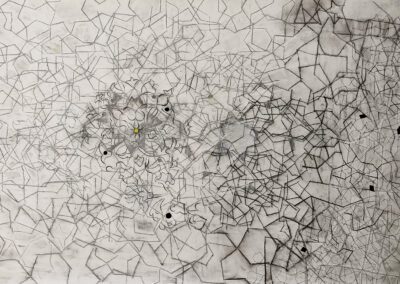 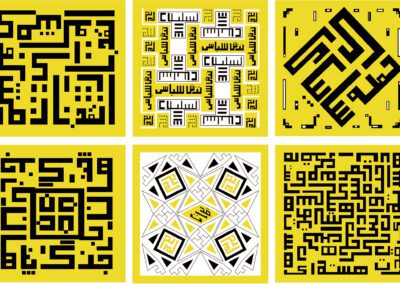 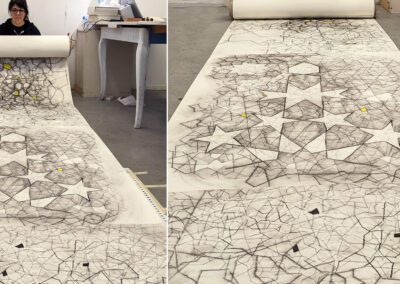 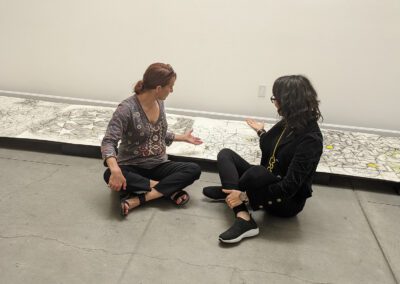 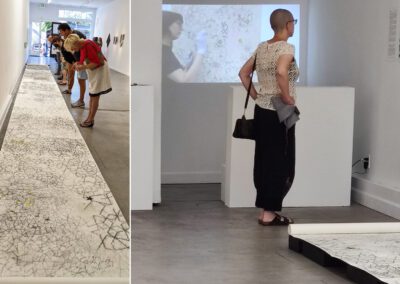 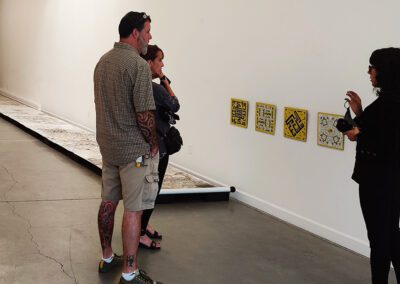 So much of Iranian history and culture are hidden behind its political identity. In creating my scroll erasure is a rejection of culture and history and is a form of an “attack” to eliminate them. Alter in Every Direction three-part performative videos capture my emotions toward the elimination of Iran’s history and culture. 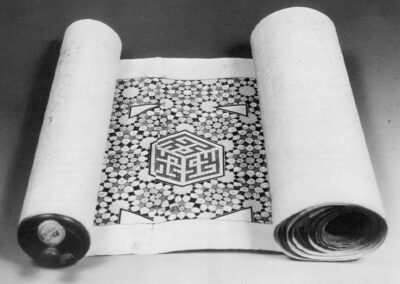 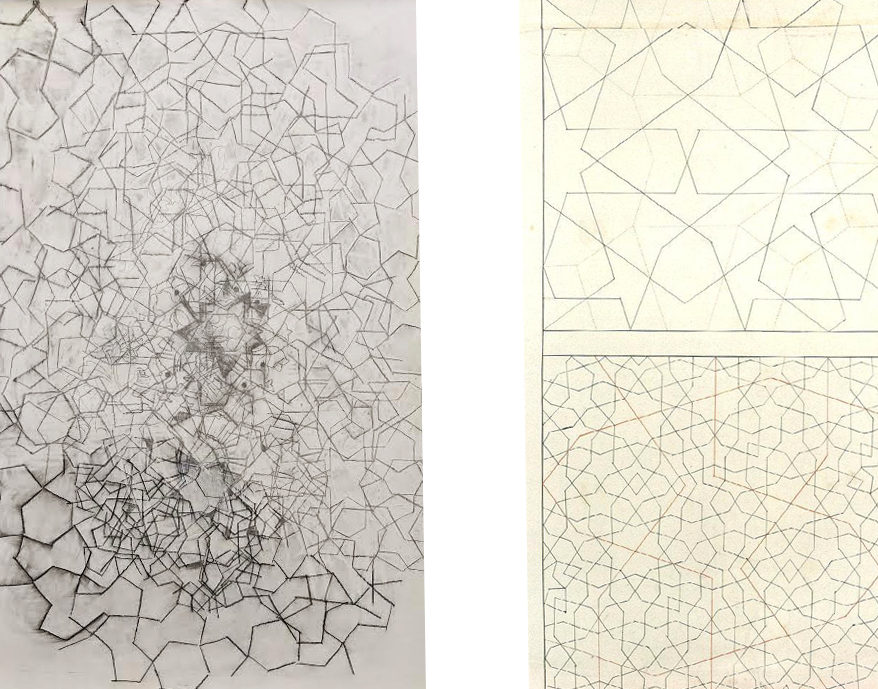 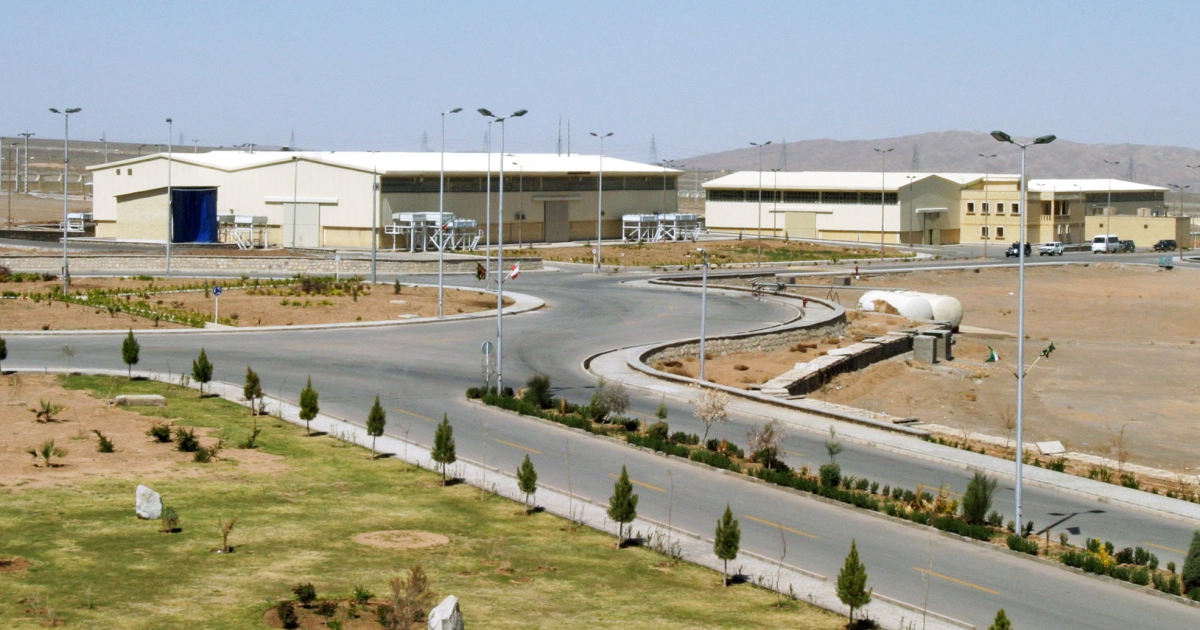 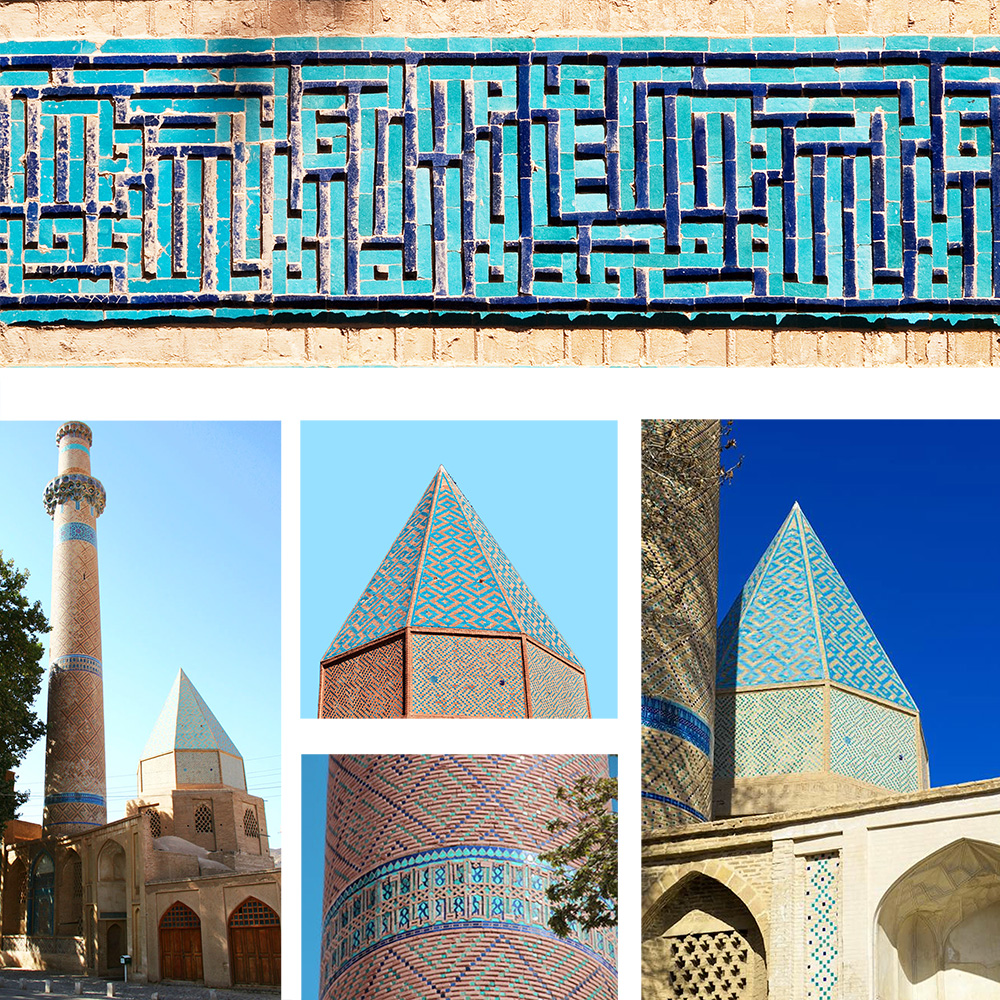 ← Imaging the Moon The Unbearable Lightness of Mathematics →