From an early age, Pantea Karimi was intrigued by Persian poetry where the playful use of metaphor sparked her imagination. She felt especially connected to the descriptive verse about astronomical subjects like the Moon. For her, it was magical and accessible, much the same as the night sky, which was mesmerizing from the desert near her hometown of Shiraz in Iran. The image of an oversized Moon left a lasting impression on her.

Karimi’s current research project has given her the opportunity to revisit her childhood obsession with the Moon, this time exploring it from the point of view of science. Her foundation and inspiration for this exhibition stem from a 2018 extended visit at the British Library, London, where Karimi studied the manuscripts of Galileo, the 17th-century Italian physicist and astronomer, and Biruni, the 11th-century Persian astronomer.

In Countdown: Biruni-Galileo-Apollo, Karimi’s multimedia works explore an ancient and enduring fascination with the Moon in science, culture and language, while simultaneously celebrating the 50th anniversary of the Apollo 11 Lunar Mission. In these works, Karimi has appropriated ancient diagrams and images from archival materials in the custodianship of the British Library, including the Kitab al-Tafhim by Biruni and De Mundi Sphæra Tractatus Autographus cum Figuris by Galileo. These manuscripts reveal intricate drawings and explanations about the phases of the Moon from these early scientists. She also presents the poems of medieval Persian poets – the most renowned of their day – where the Moon is represented metaphorically and symbolically in verse. 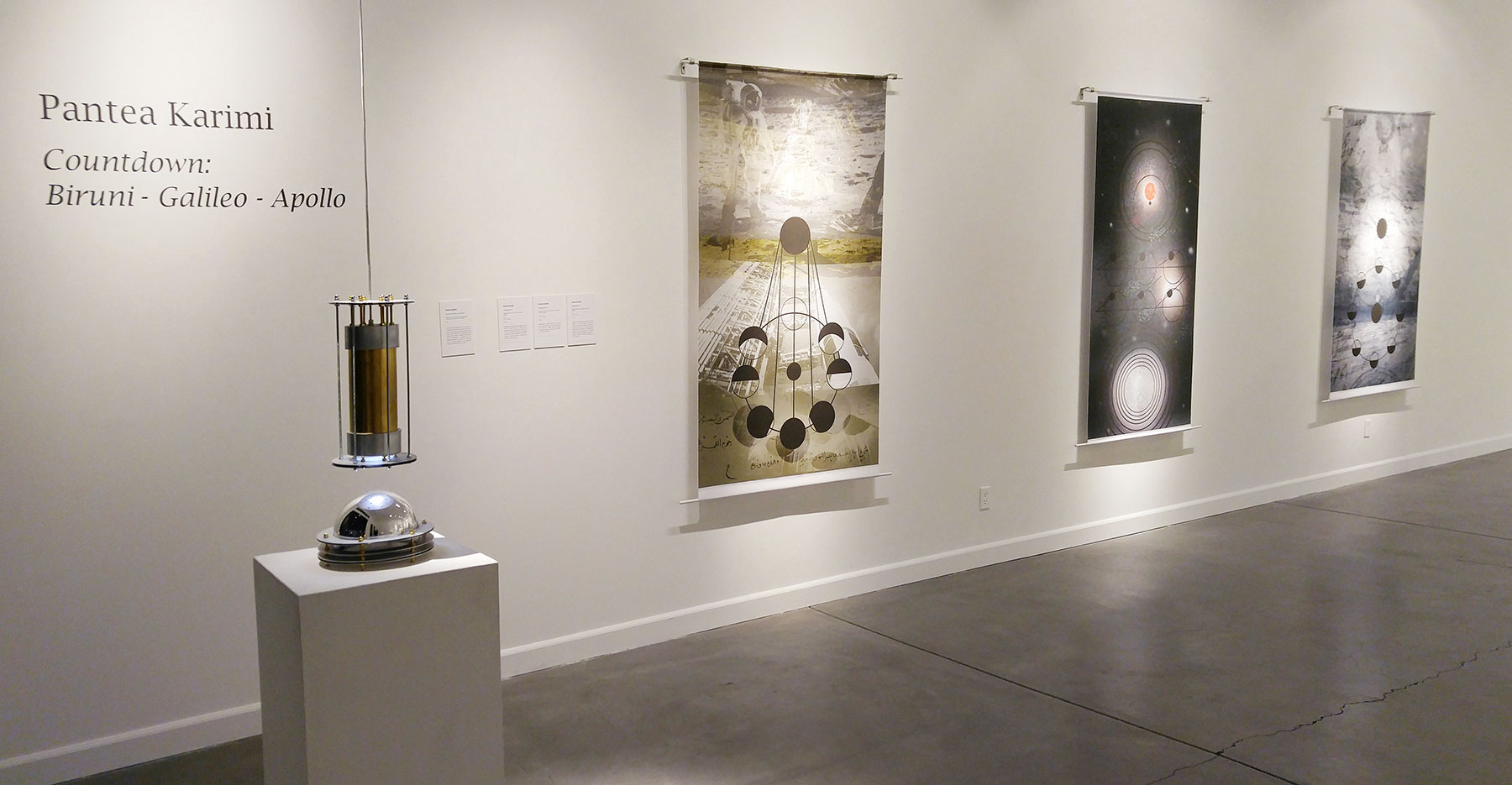 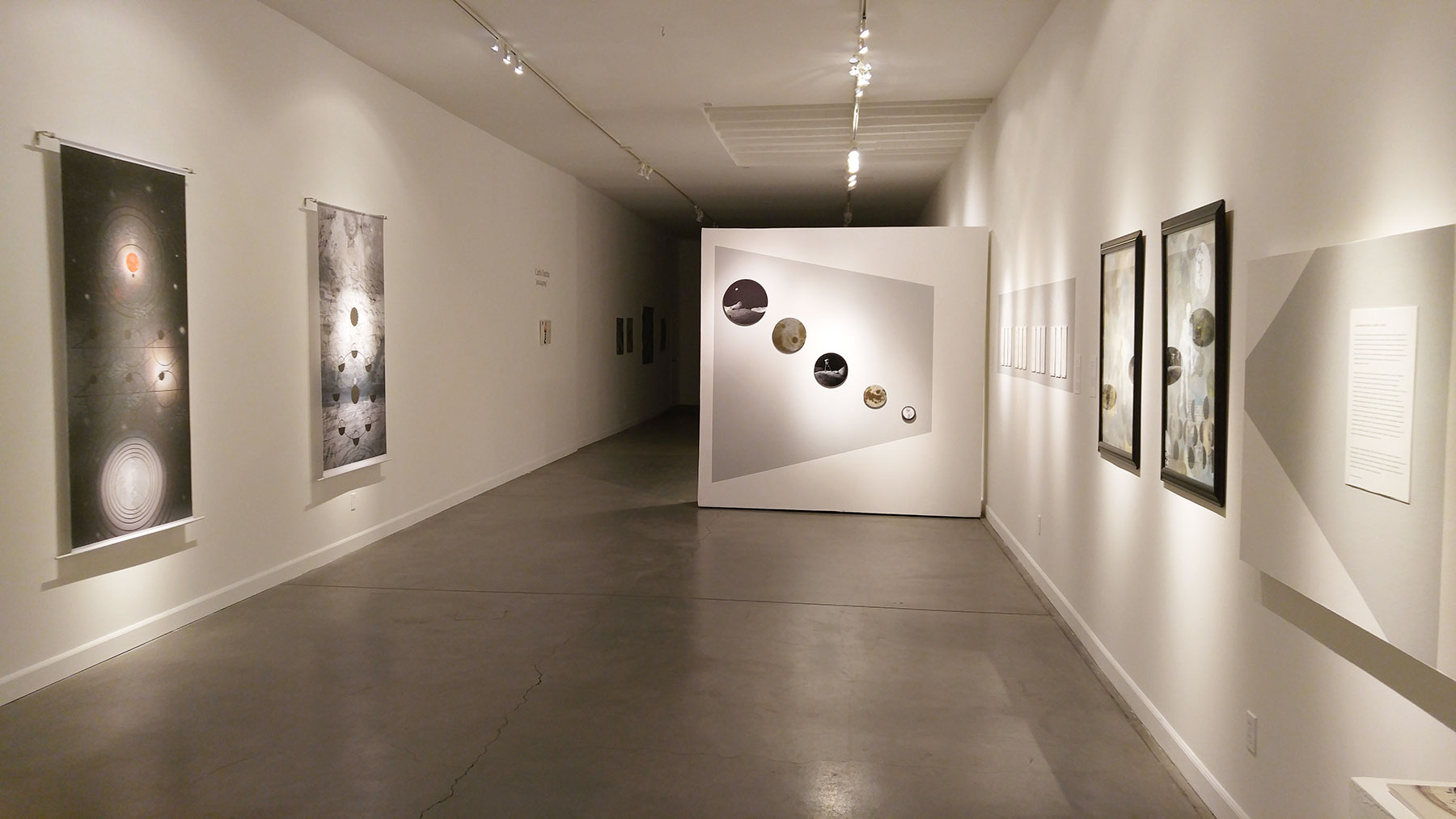 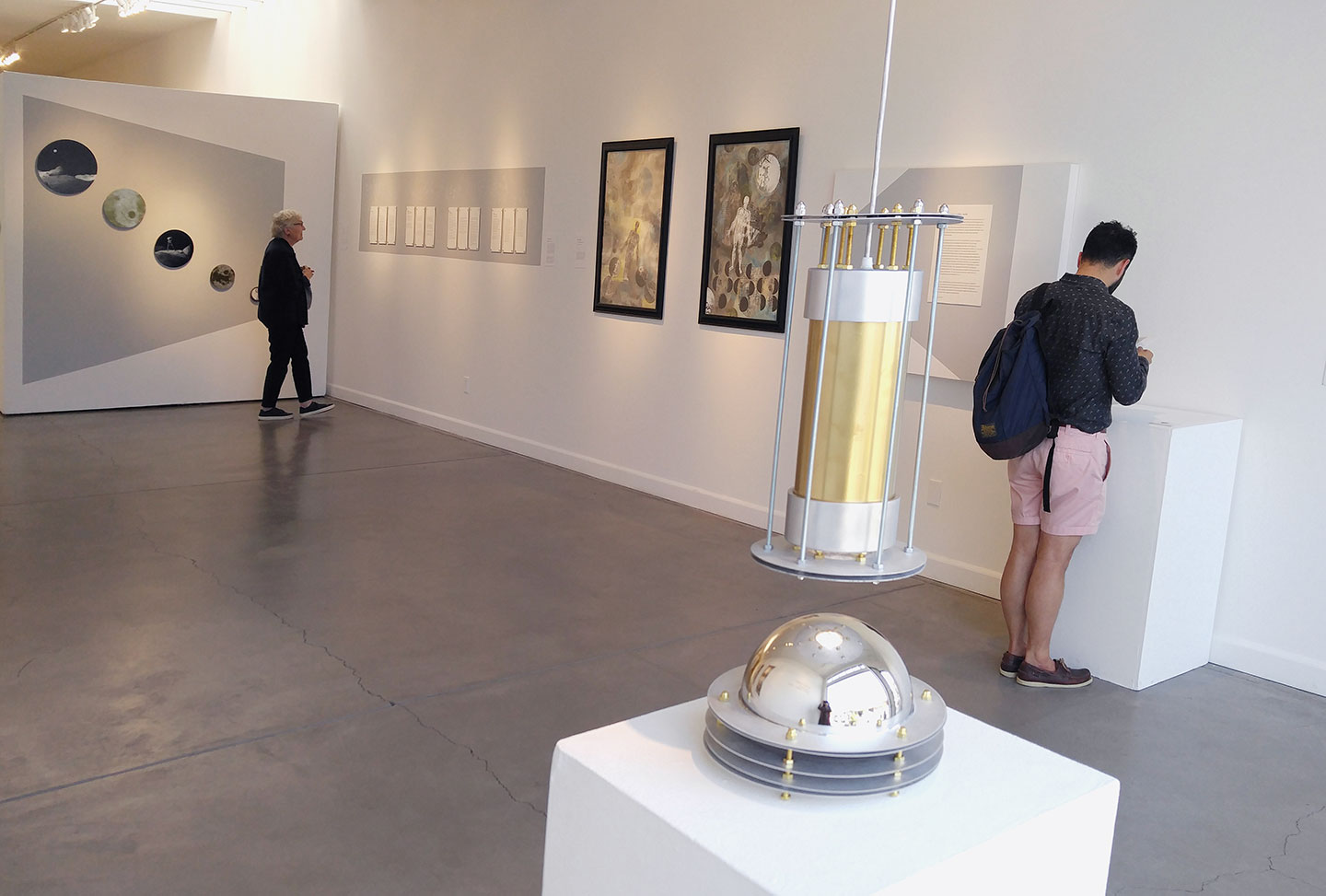 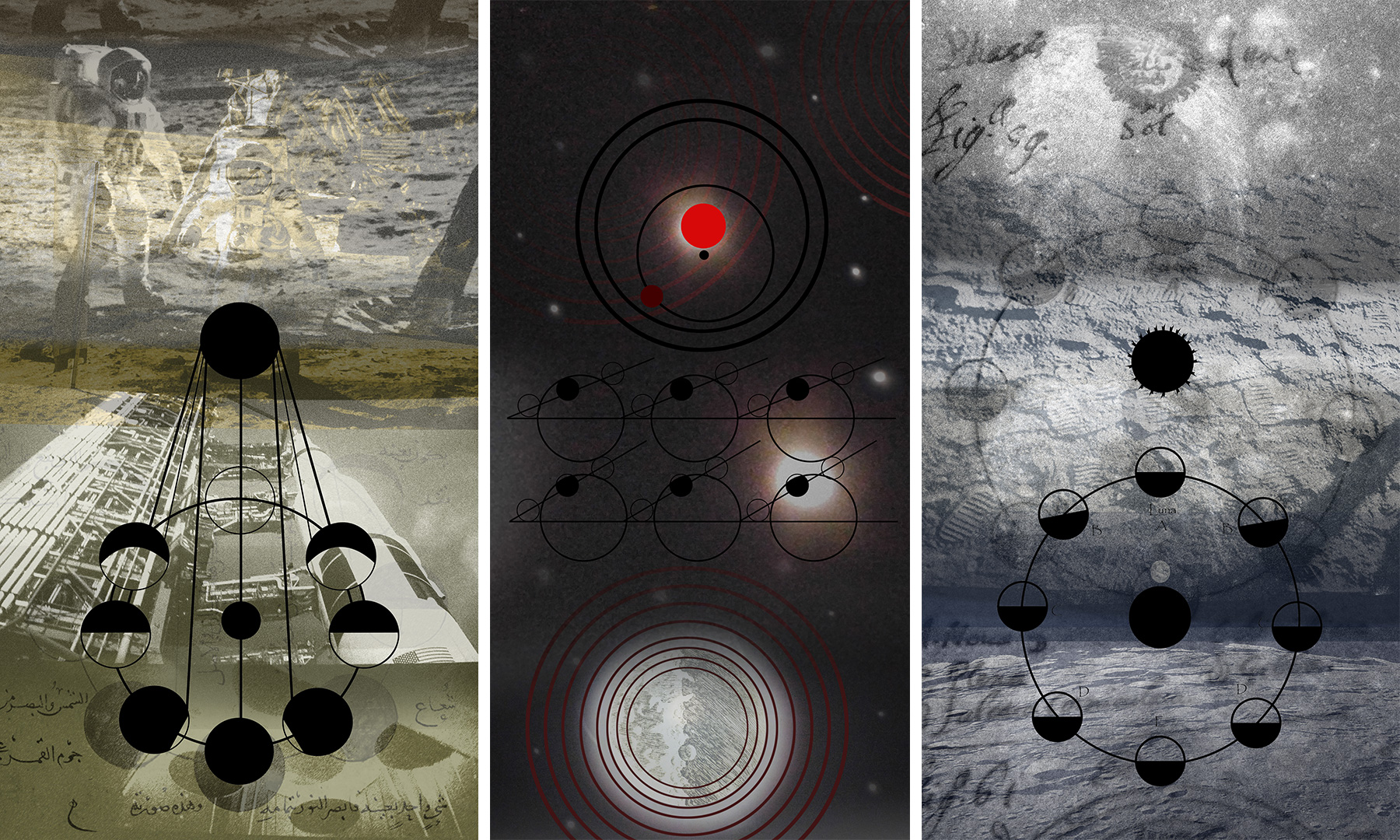 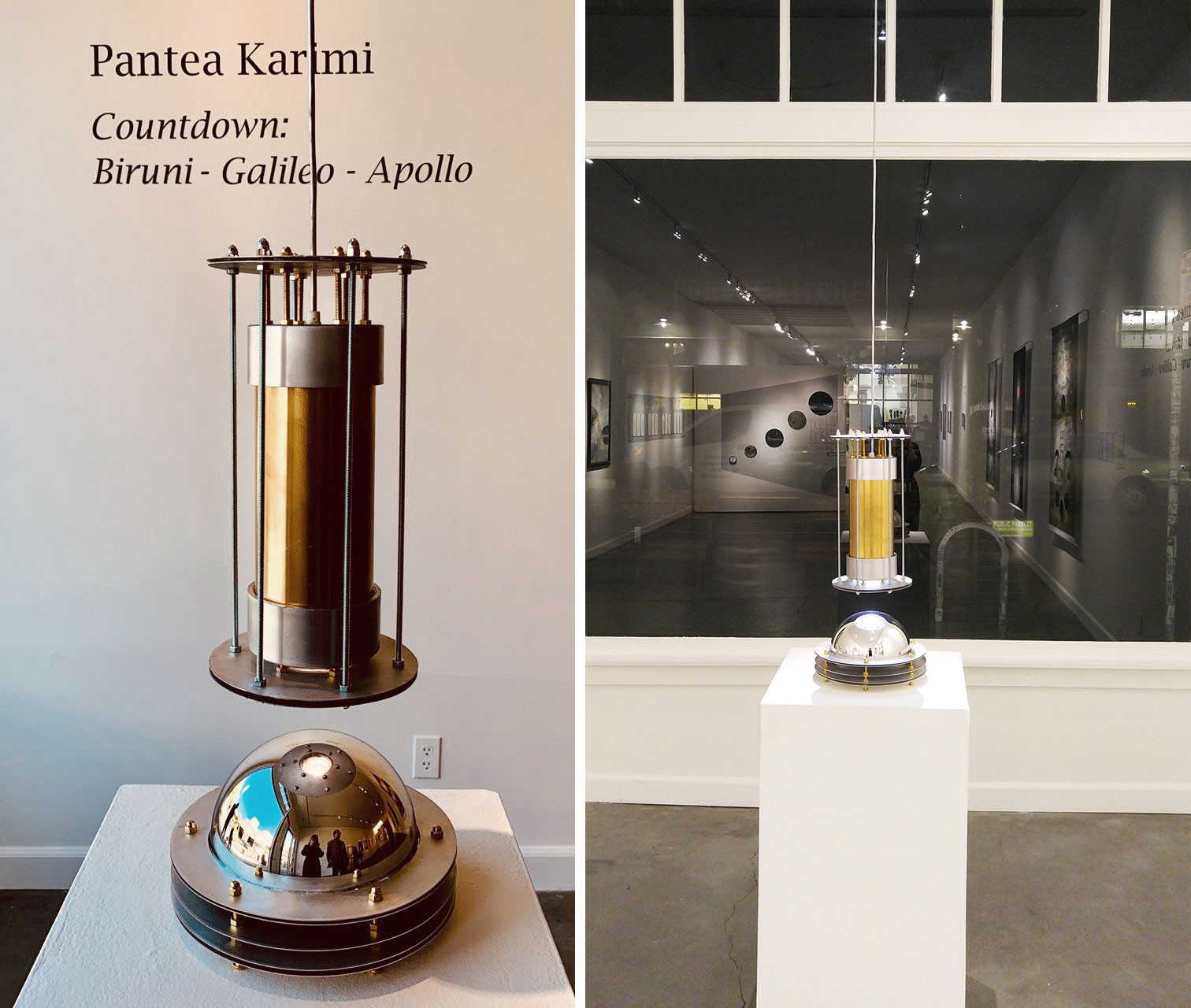 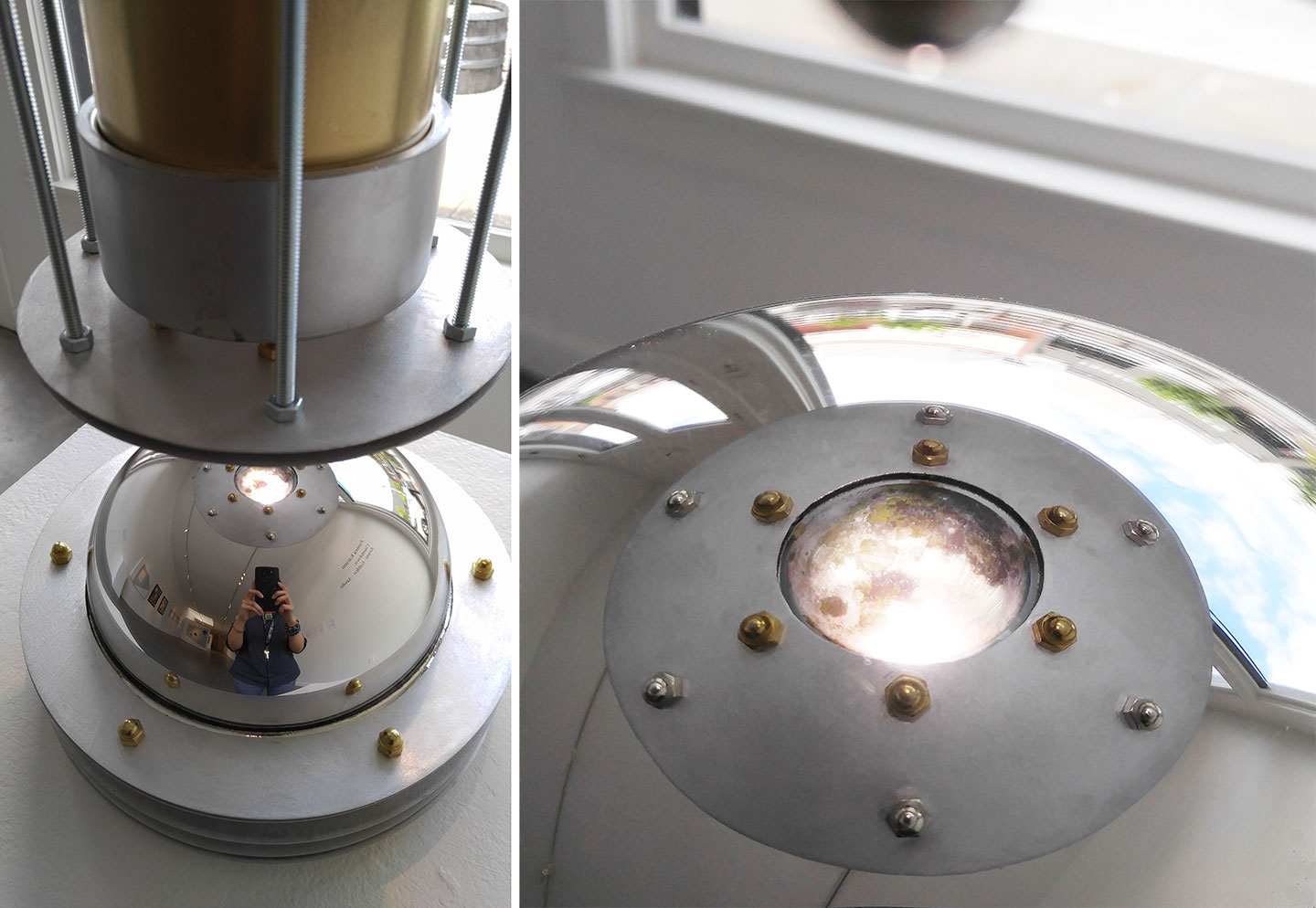 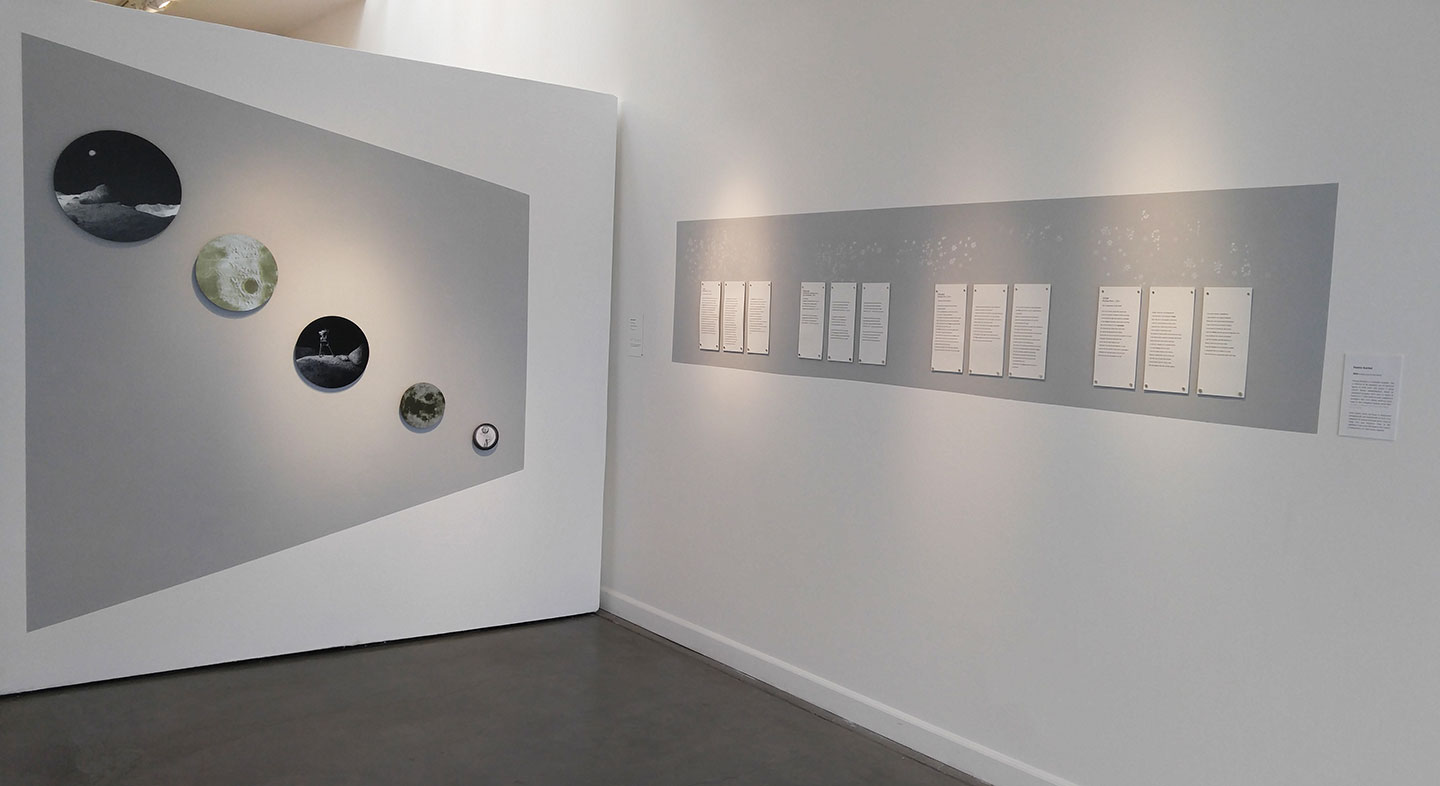 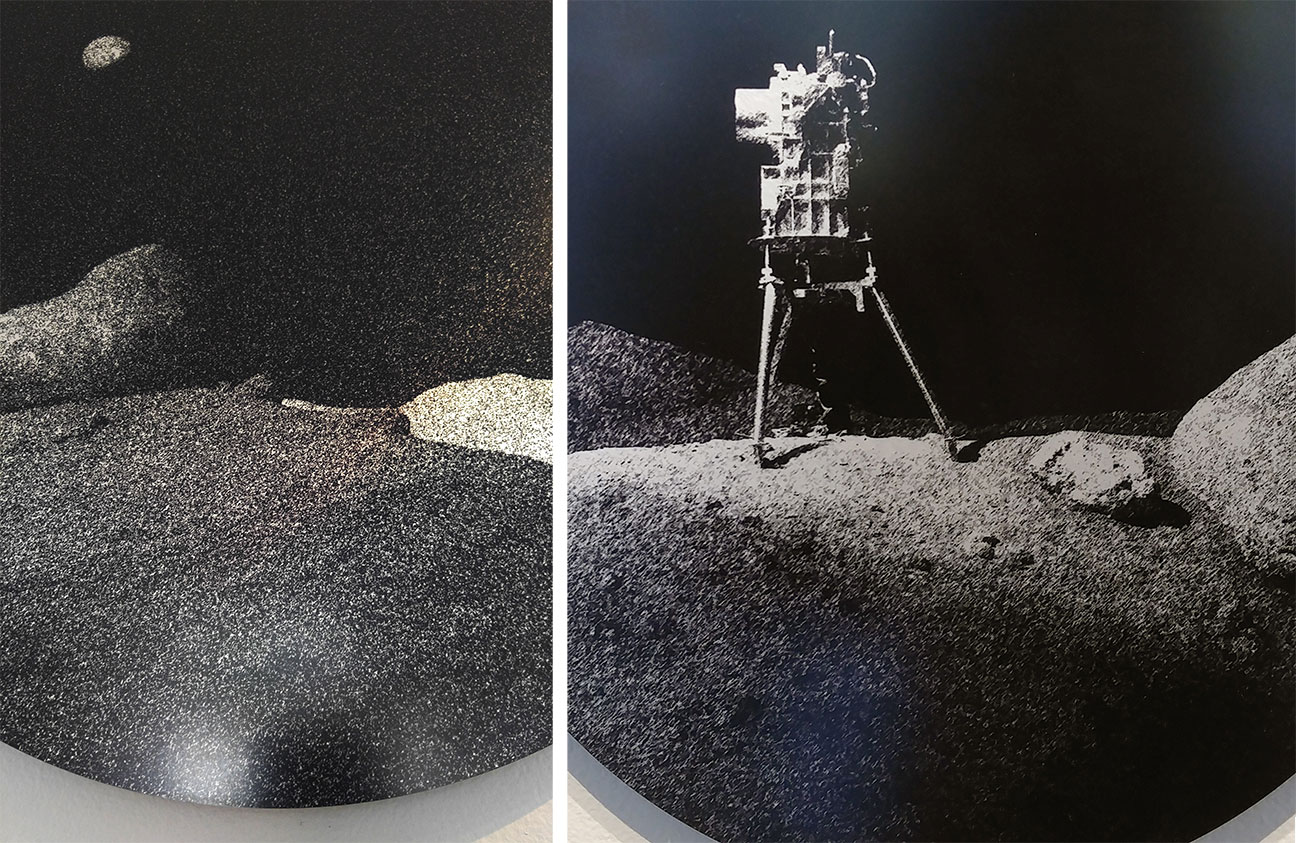 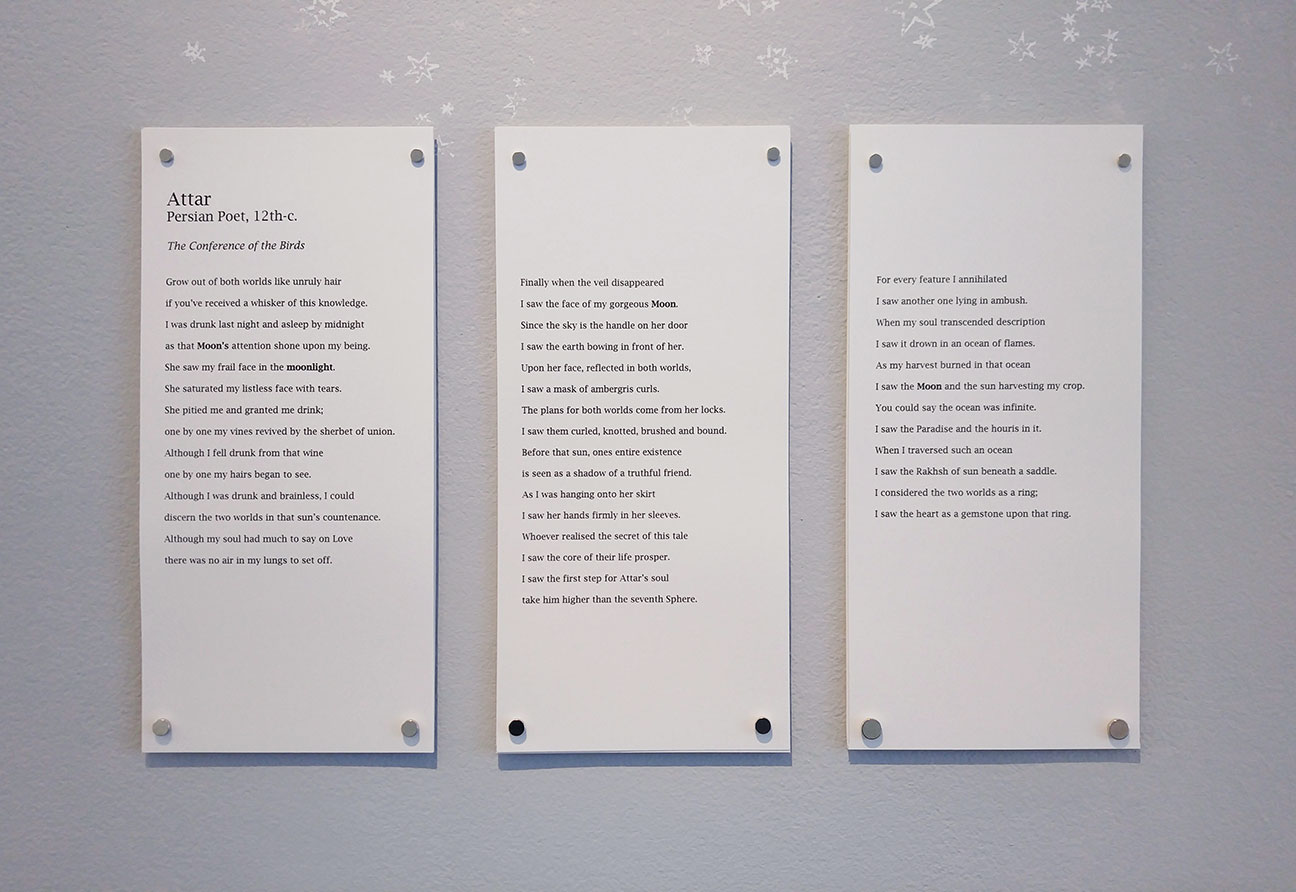 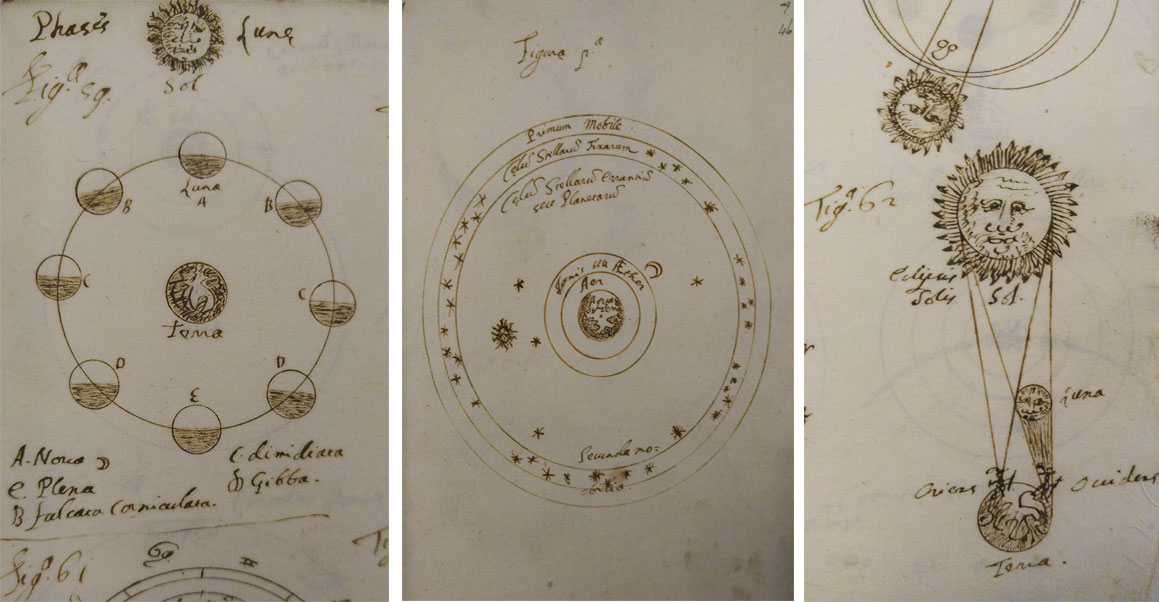 ← Aga Khan Museum; a response to the Wagner Carpet Imaging the Moon →