The Circulation of Knowledge: Nexus and Lore, 2015

In my silkscreen prints, Nexus, I feature the medieval and early modern Persian, Arab and European scientists who were inspired or influenced by each other’s scholarly research or worked on the same theories in different periods. I present these scientists’ textual works side by side to showcase the circulation of knowledge across different cultures and periods. For example, I place Alhazen’s work, the renowned 11th-century Arab scientist, side by side with the work of Kepler, the renowned 17th-century German scientist. Although 600 years apart, Alhazen’s writings influenced Kepler’s discoveries in the field of optics.

I convert the pages of texts and diagrams of the manuscripts by these scientists into black silhouettes. Acting as a new visual language, these silhouettes present medieval imagery through simplicity and the absence of didactic textual information while offering more compositional opportunities in my work. For creating these black silhouettes, I draw inspiration from the Russian Suprematist artists, El Lissitzky (1890-1941) and Kazimir Malevich (1878-1935). These artists were in search of a style of abstract painting based on geometric shapes, which they believed promoted the supremacy of pure artistic feeling over the depiction of objects. Like Suprematists’ works, my black shapes aim to engage the “pure feelings” of my audience through simplicity and visual forms. I want to explore the ways in which viewers respond to form both visually and conceptually. I utilize mainly black and white to connote our current neglect of such a vibrant flow of information that took place in medieval times. 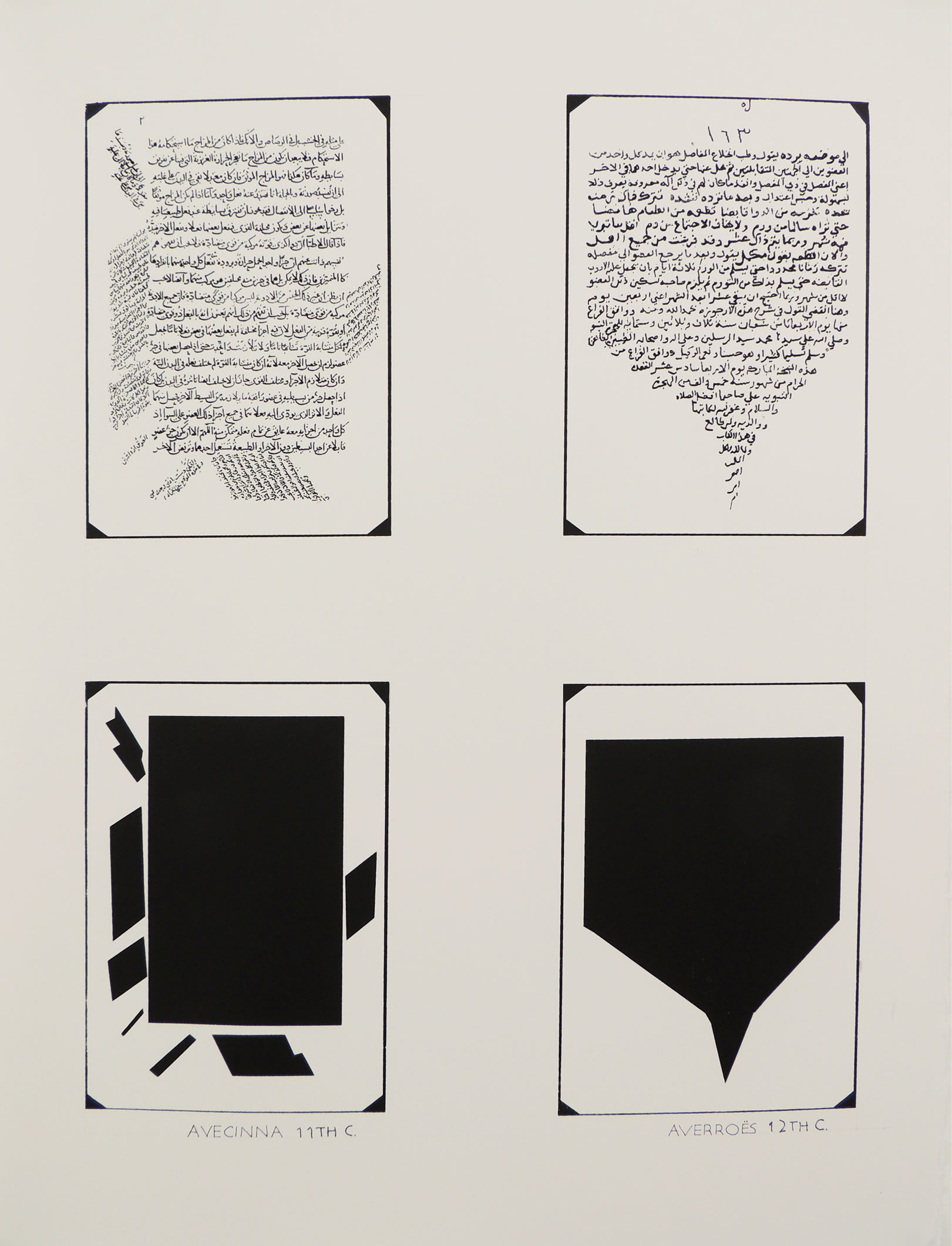 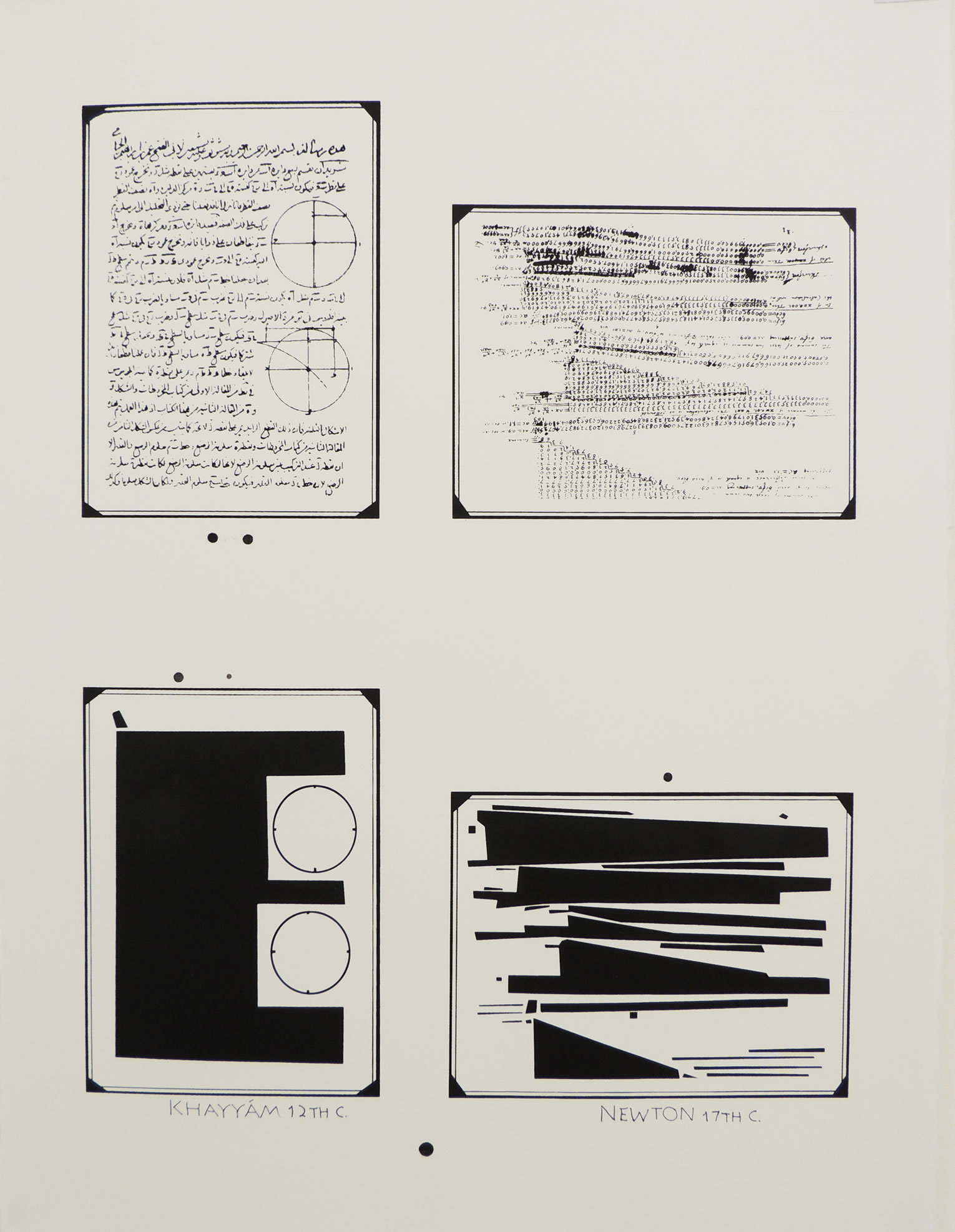 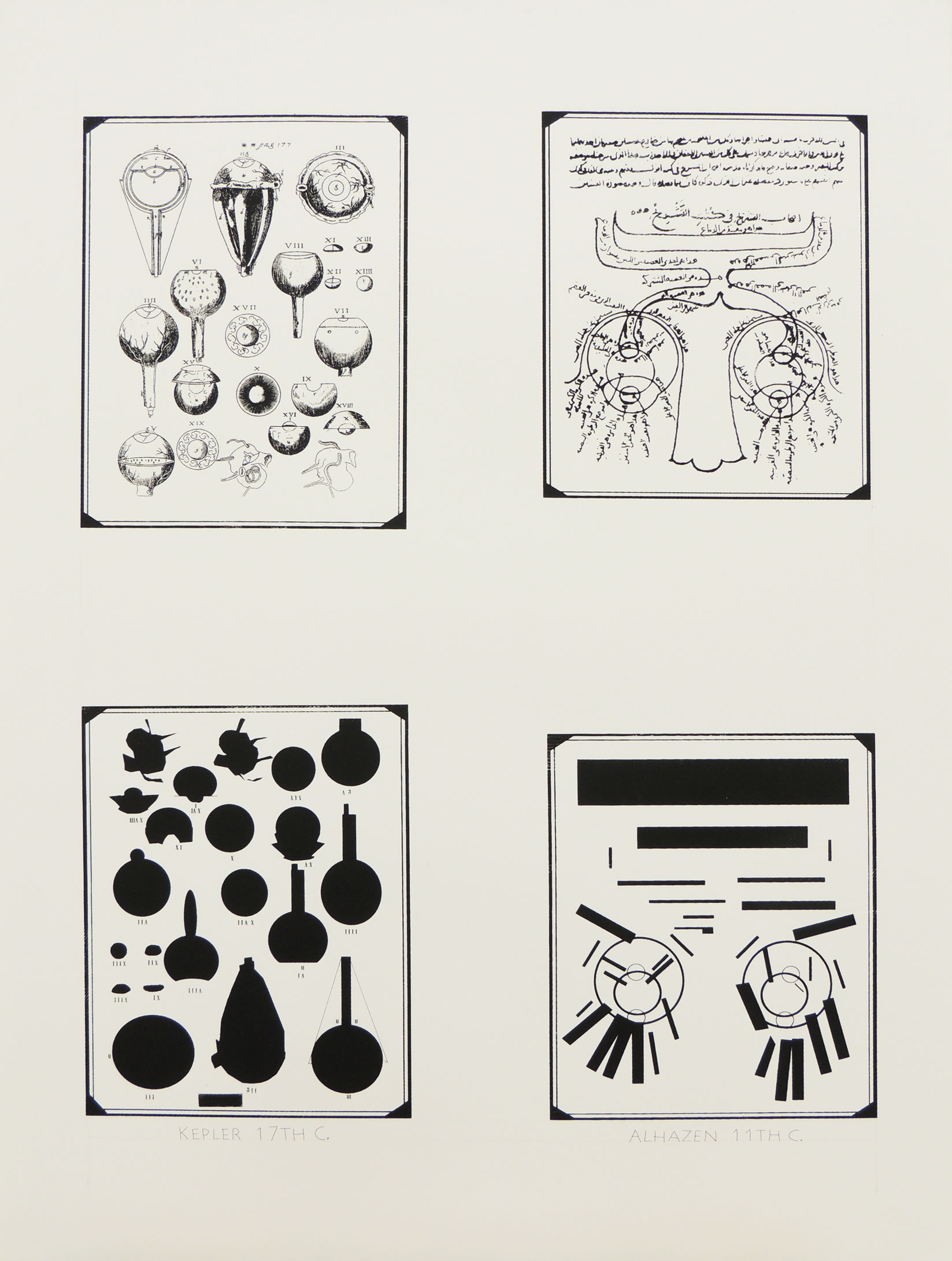 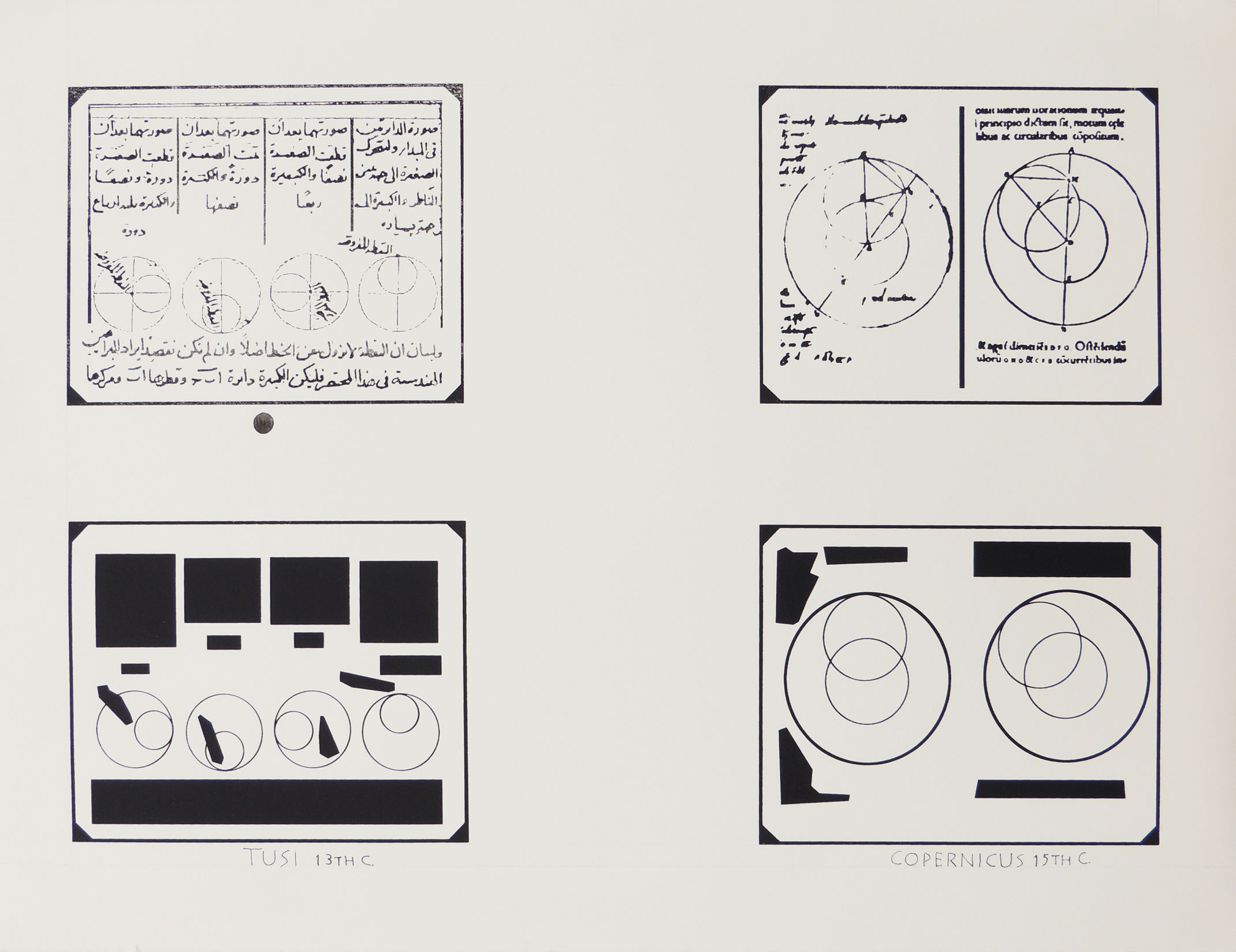 In Lore, I display the black shapes extracted from Nexus, my silkscreen prints, in a horizontal composition using plexiglass and pins on the wall. The horizontal composition suggests a long-term flow of scientific knowledge and an exchange of ideas across cultures. The color black, again, indicates our current disregard for this long-term exchange. The installation initiates what appears as an organized composition that gradually moves towards systematic disorganization as a commentary on the loss of information, and reinterpretation of scientific concepts. 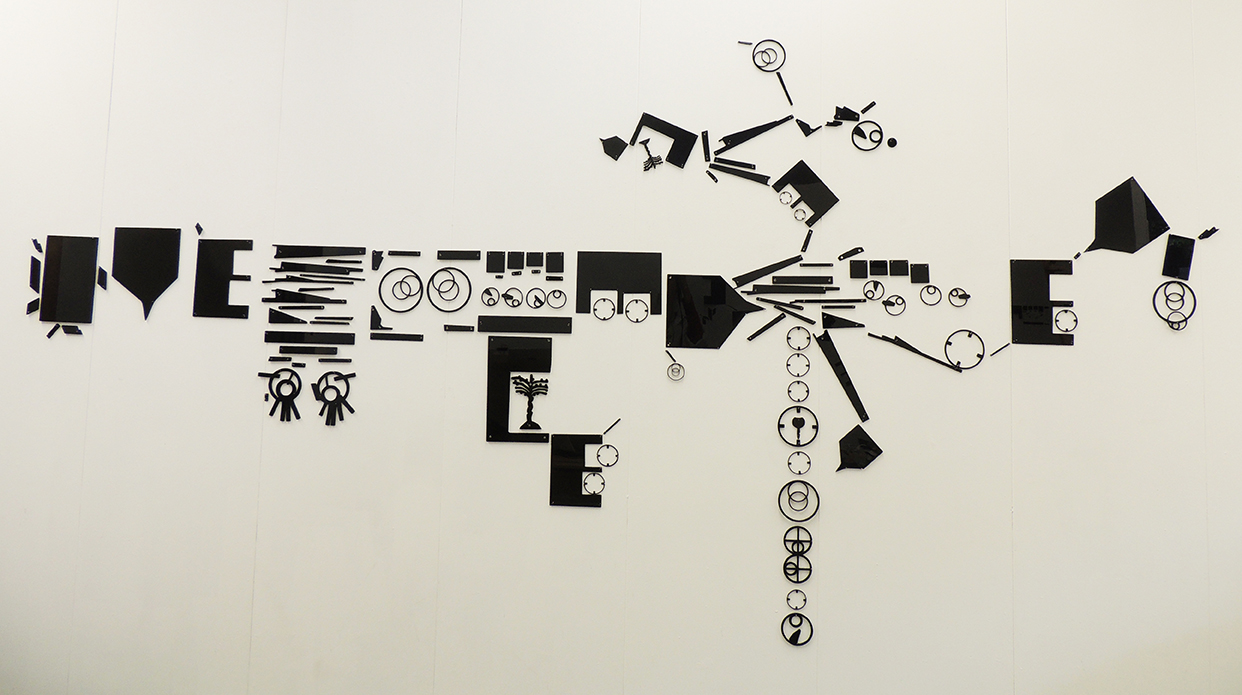 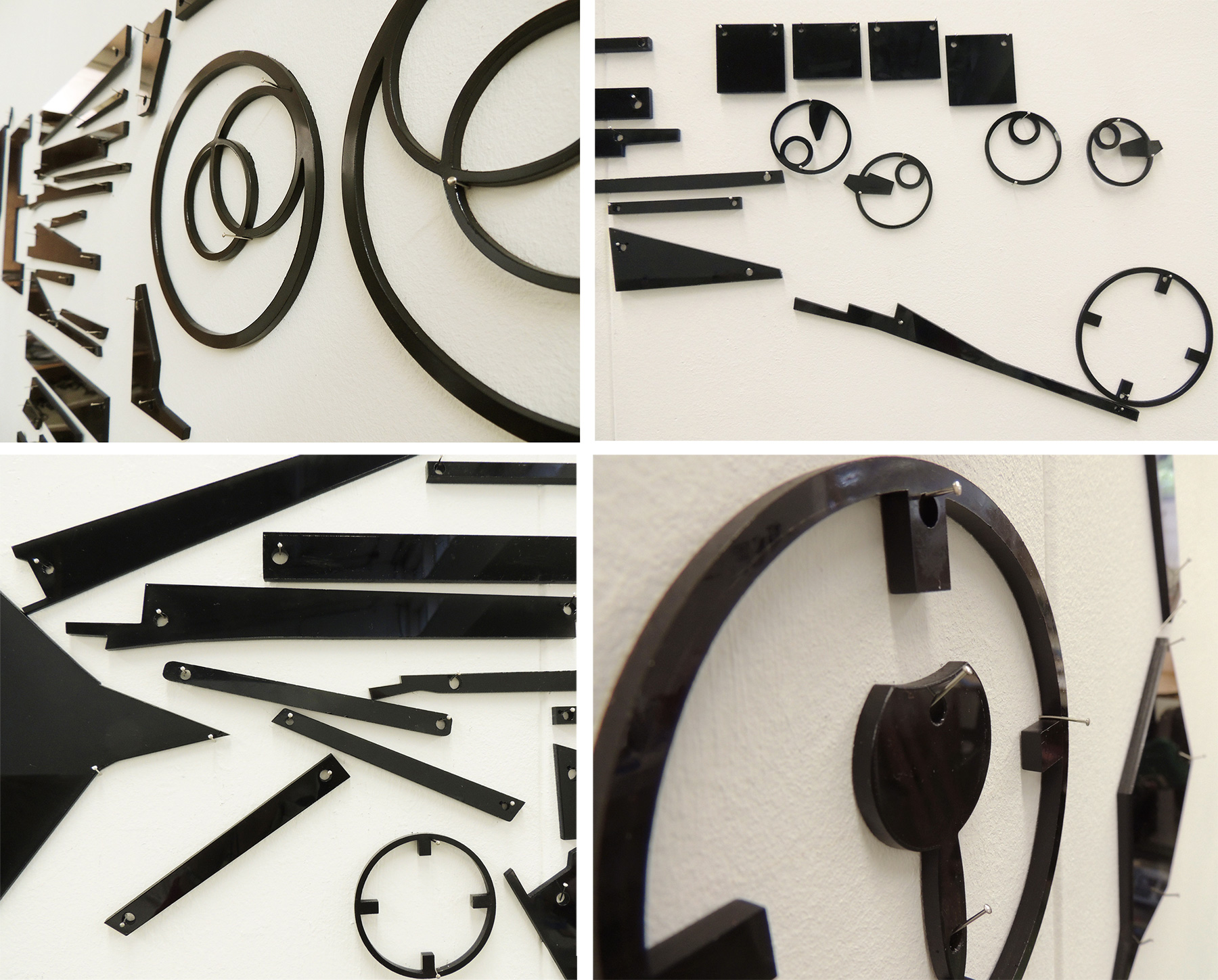 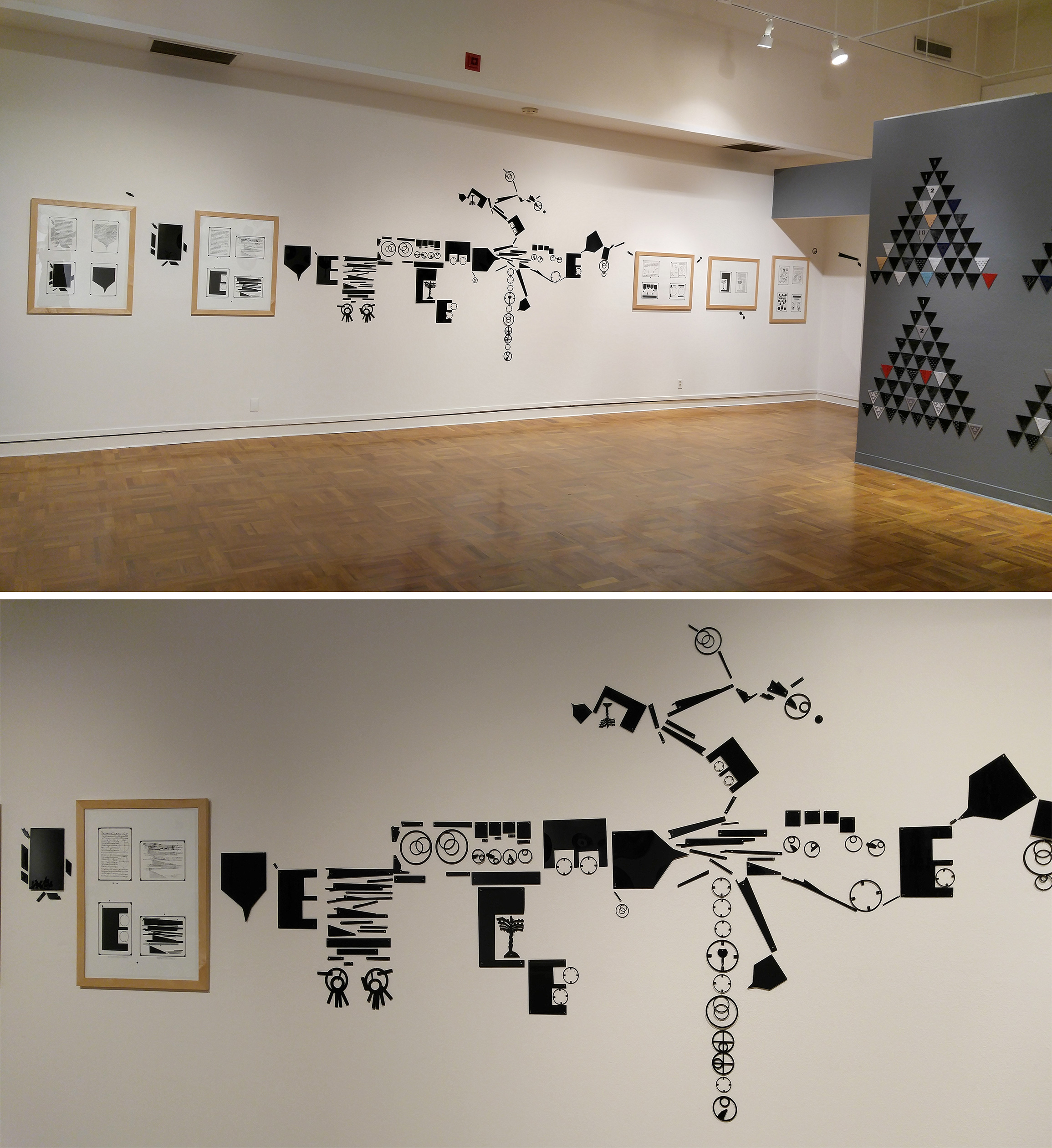 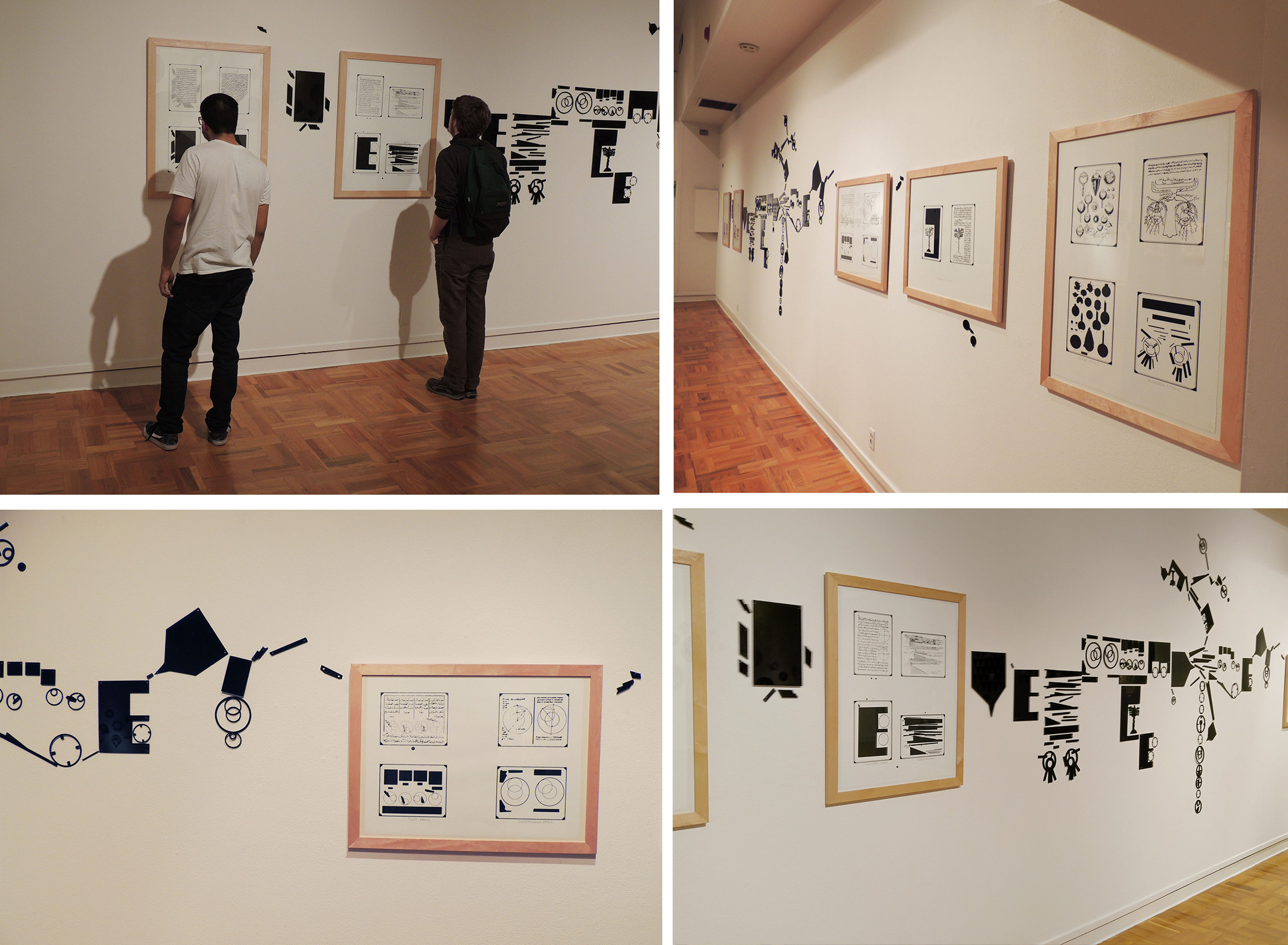 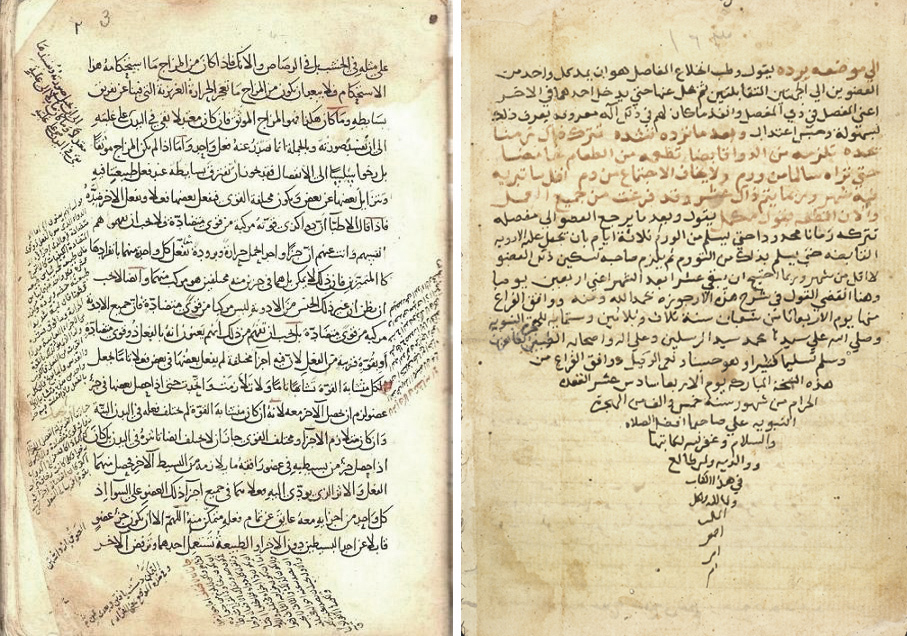 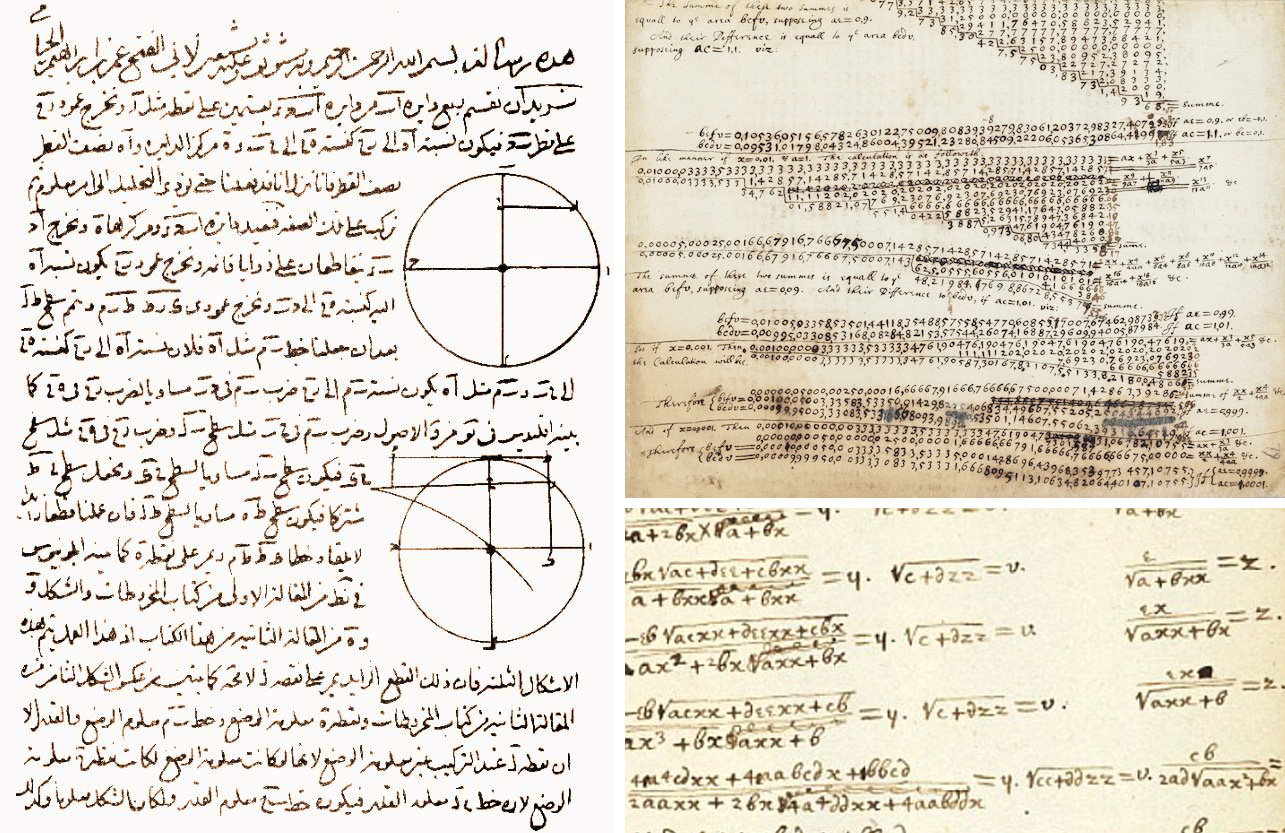 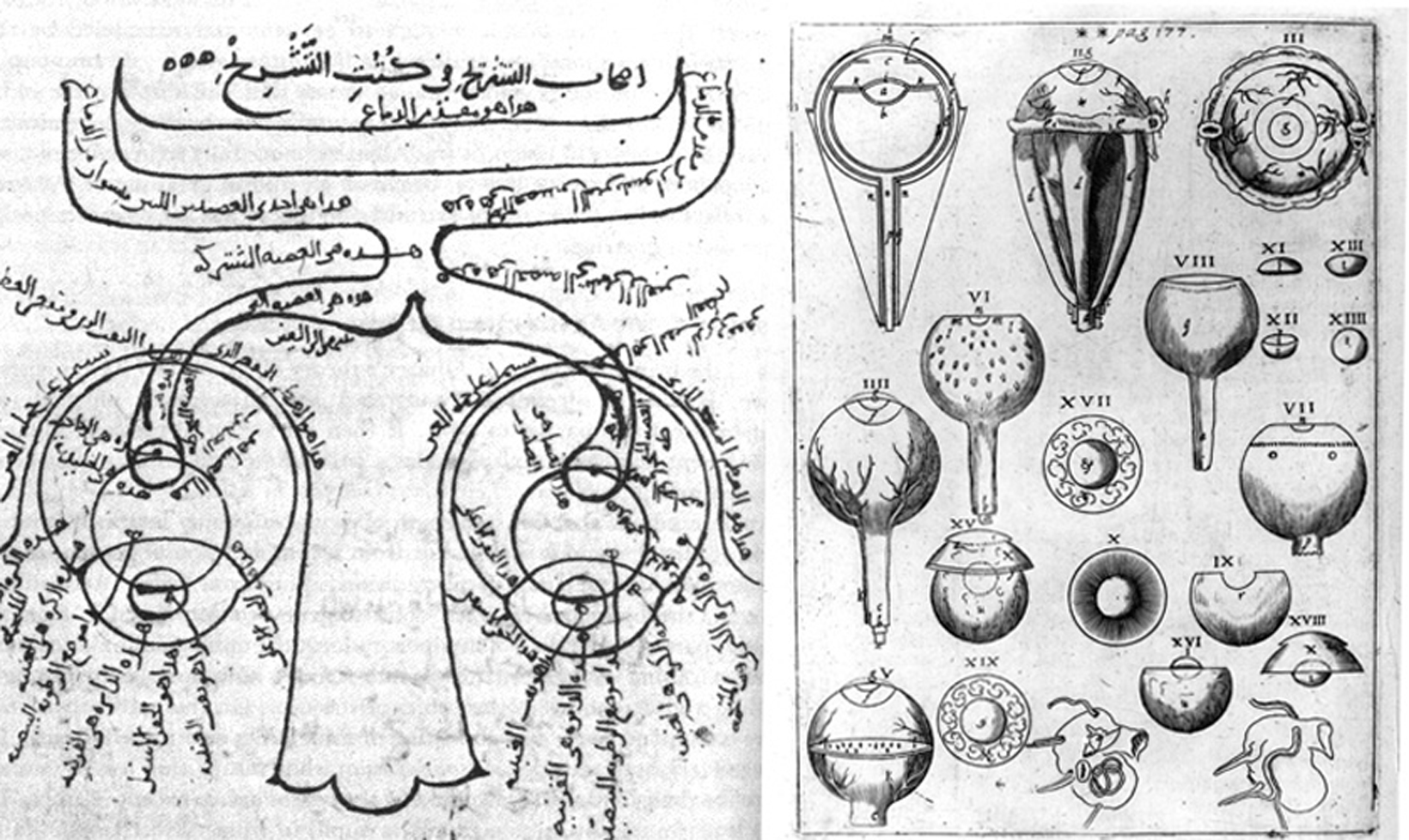