Volvelles are the first paper analog computers from the medieval period, which were made by hand and installed inside the scientific manuscripts to offer different astronomical calculations and to make the manuscripts interactive. The original volvelles used circle shapes fastened to a leaf in the center which held various layers in place so that the discs could spin independently. I create variously-sized Hybrid Volvelles that are composed of geometric shapes using silkscreen, ink, and watercolor on paper disks. I assemble these paper disks on wood panels and connect them with fasteners to allow independent spinning and interactivity. In some, I mix and match Persian, Arab, and European medieval and early modern scientific images and information with the aim to construct historical knowledge of various cultural points of view into one form. For example, in one of my volvelles, I layered Galileo’s manuscript page on the observations of the moon with the eleventh-century Persian astronomer Biruni’s observation of the moon’s diagram. 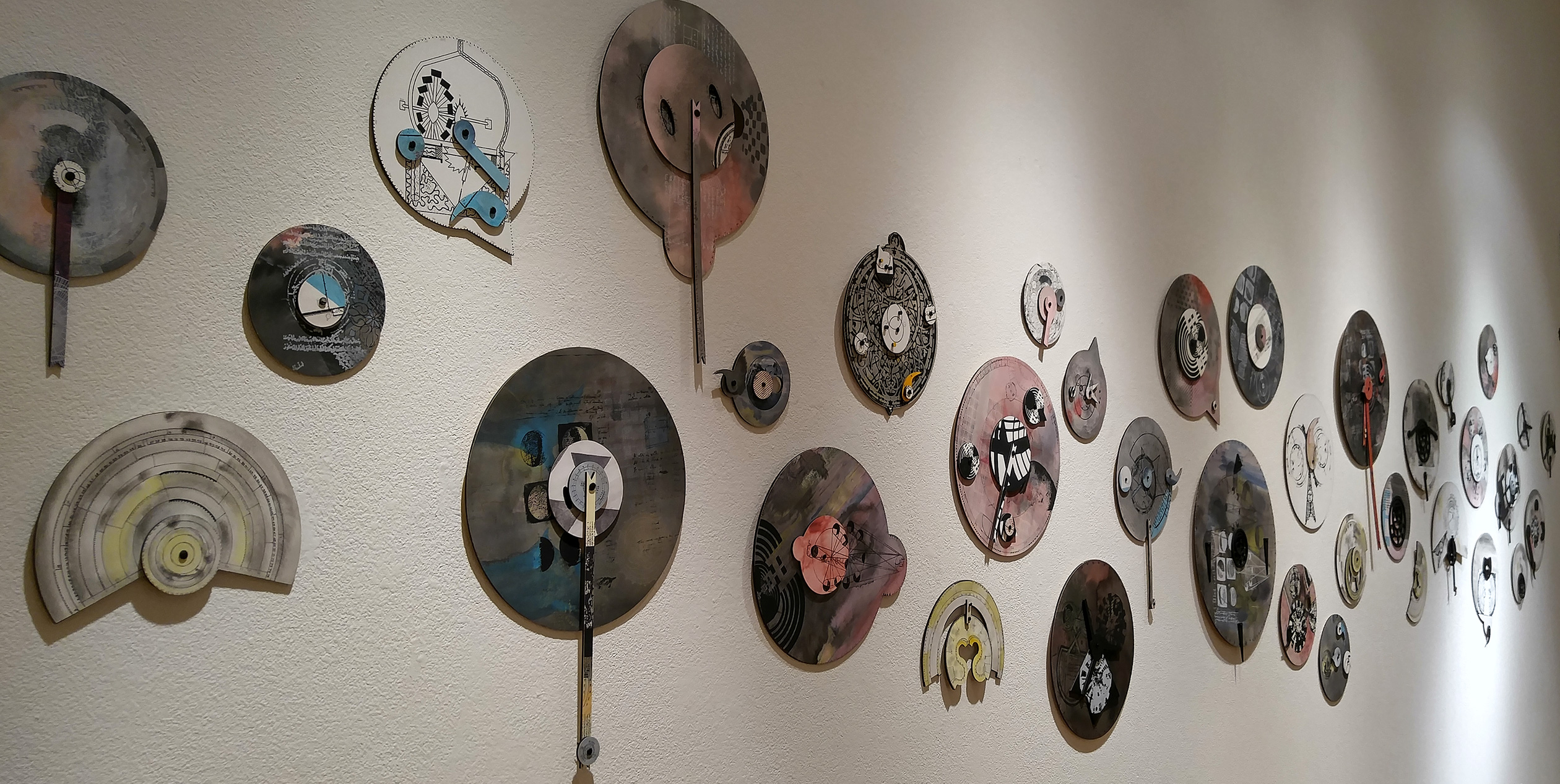 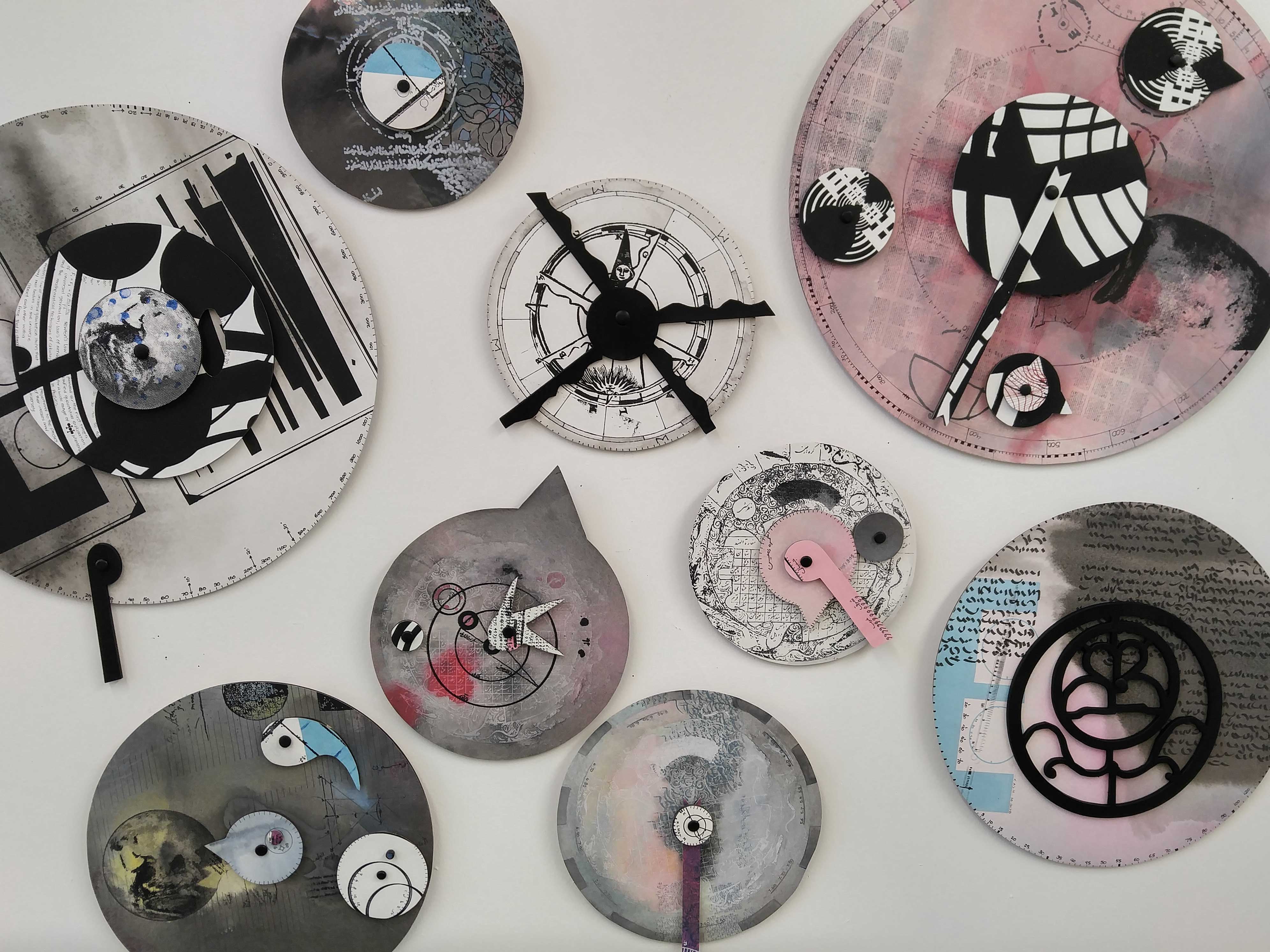 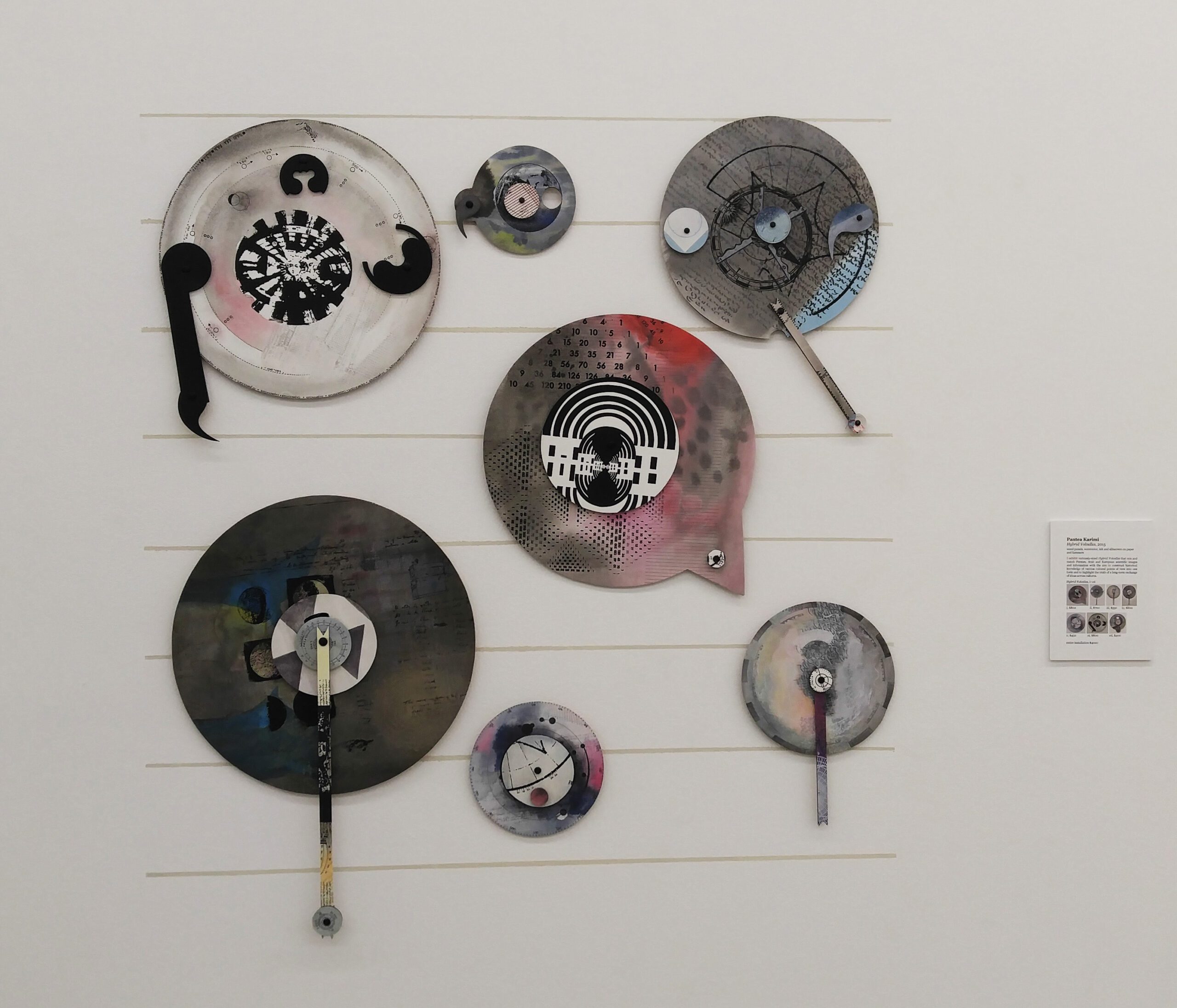 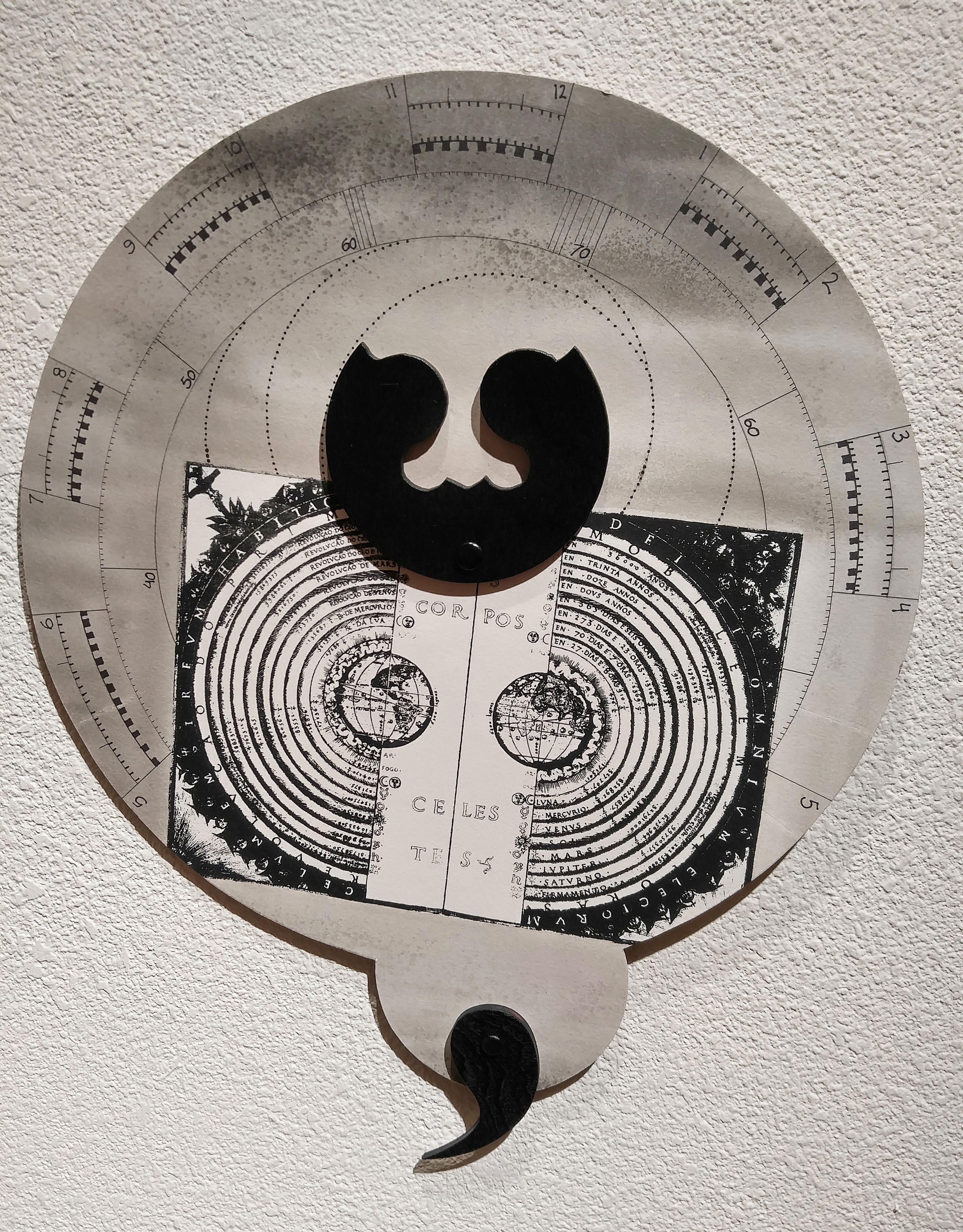 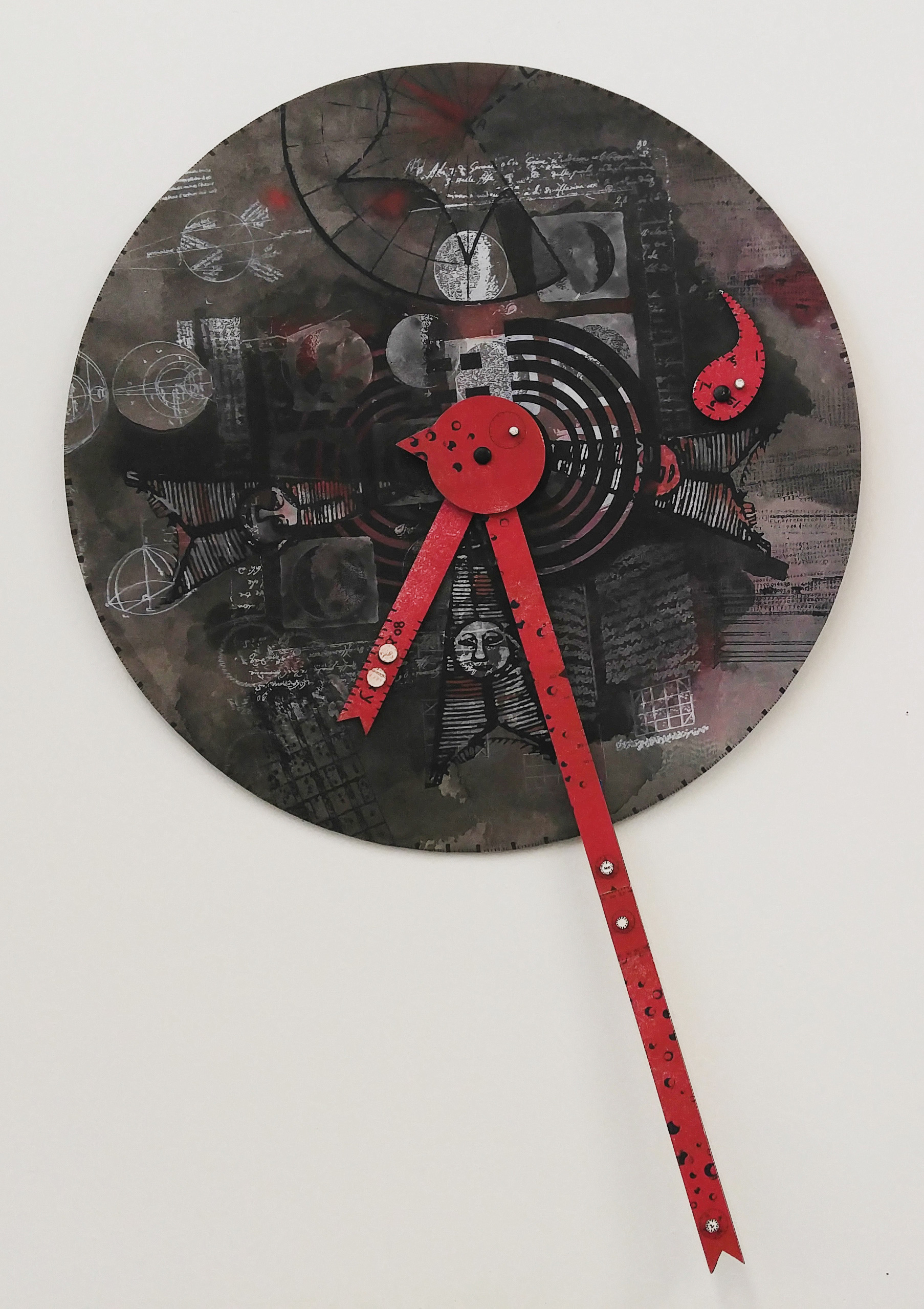 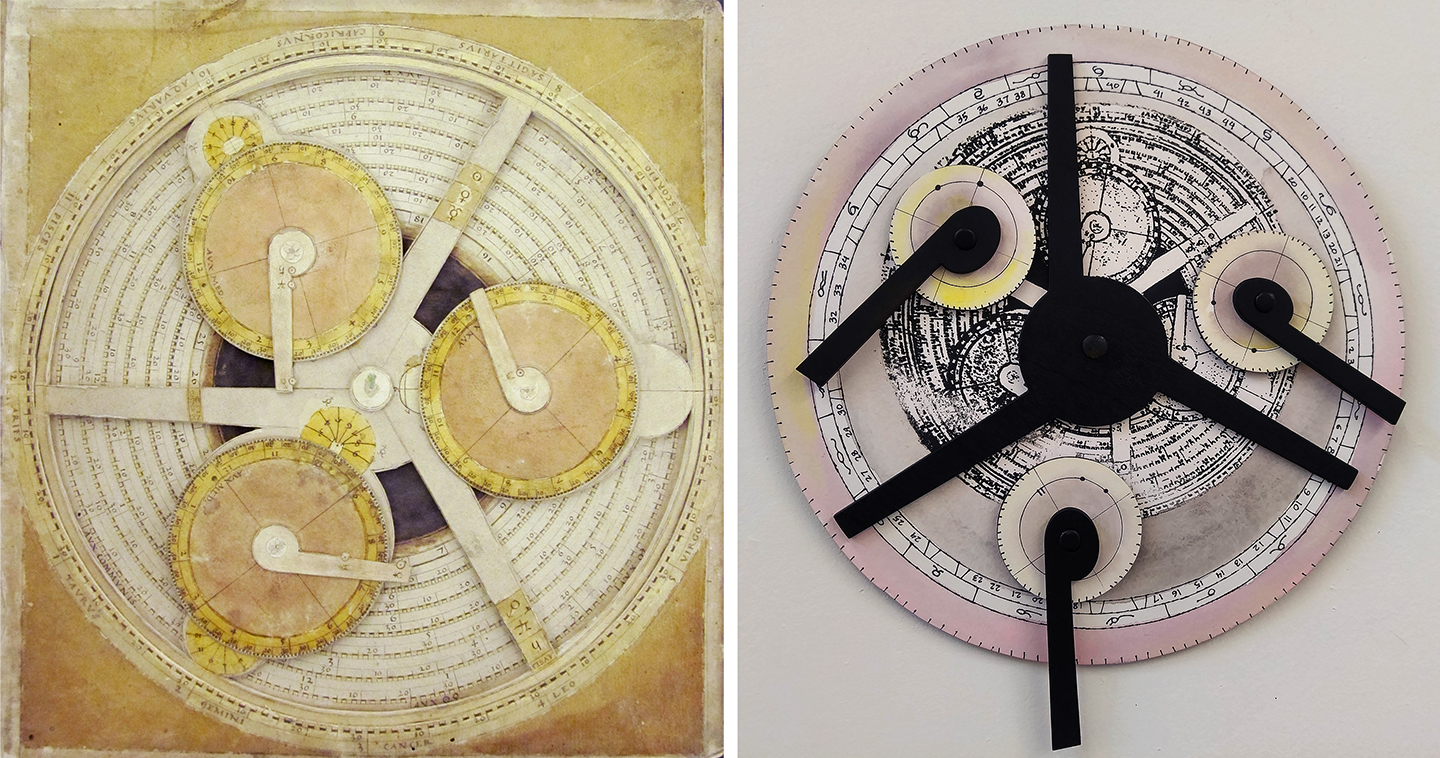 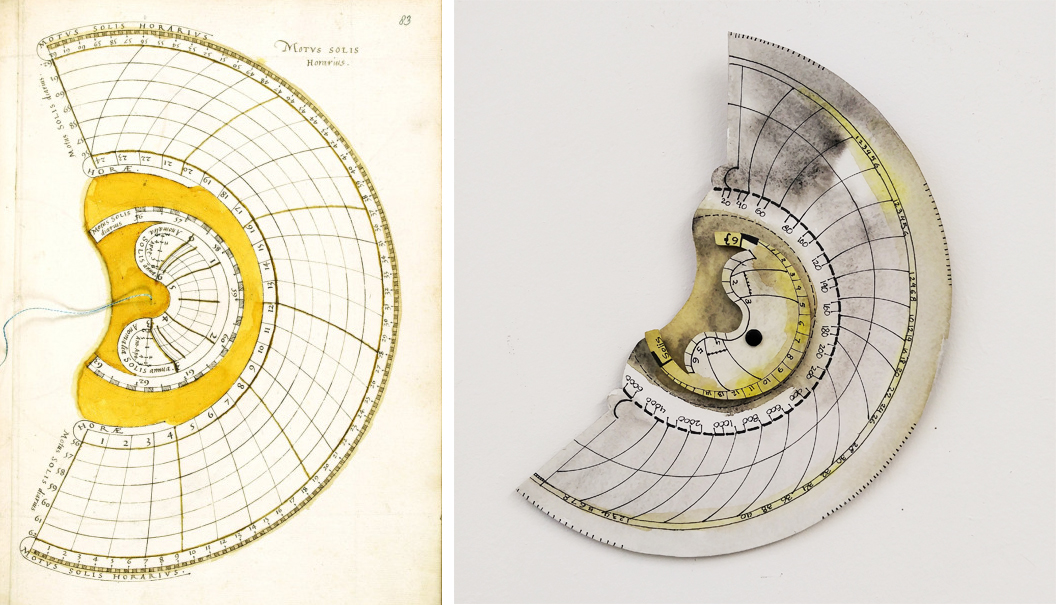 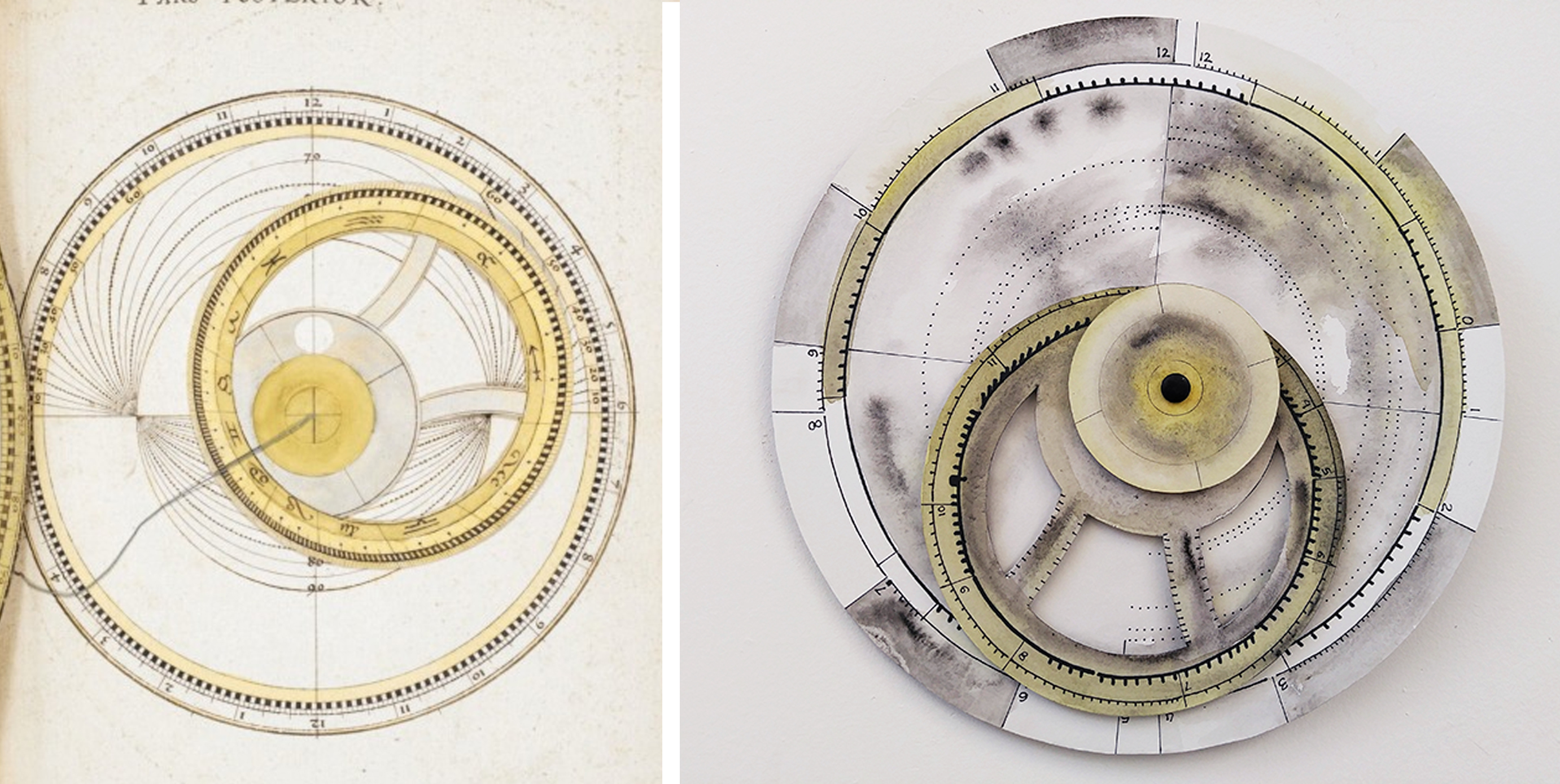 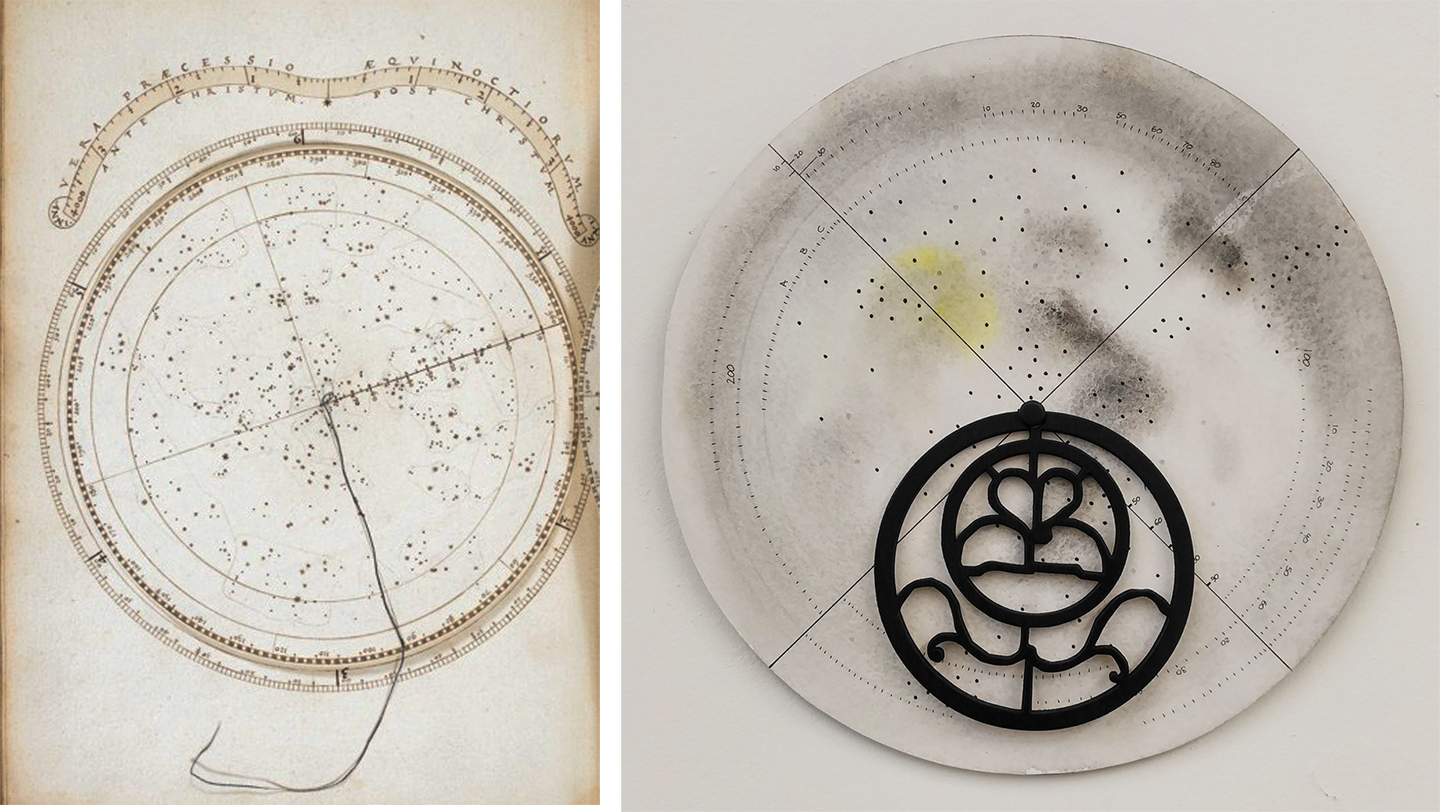 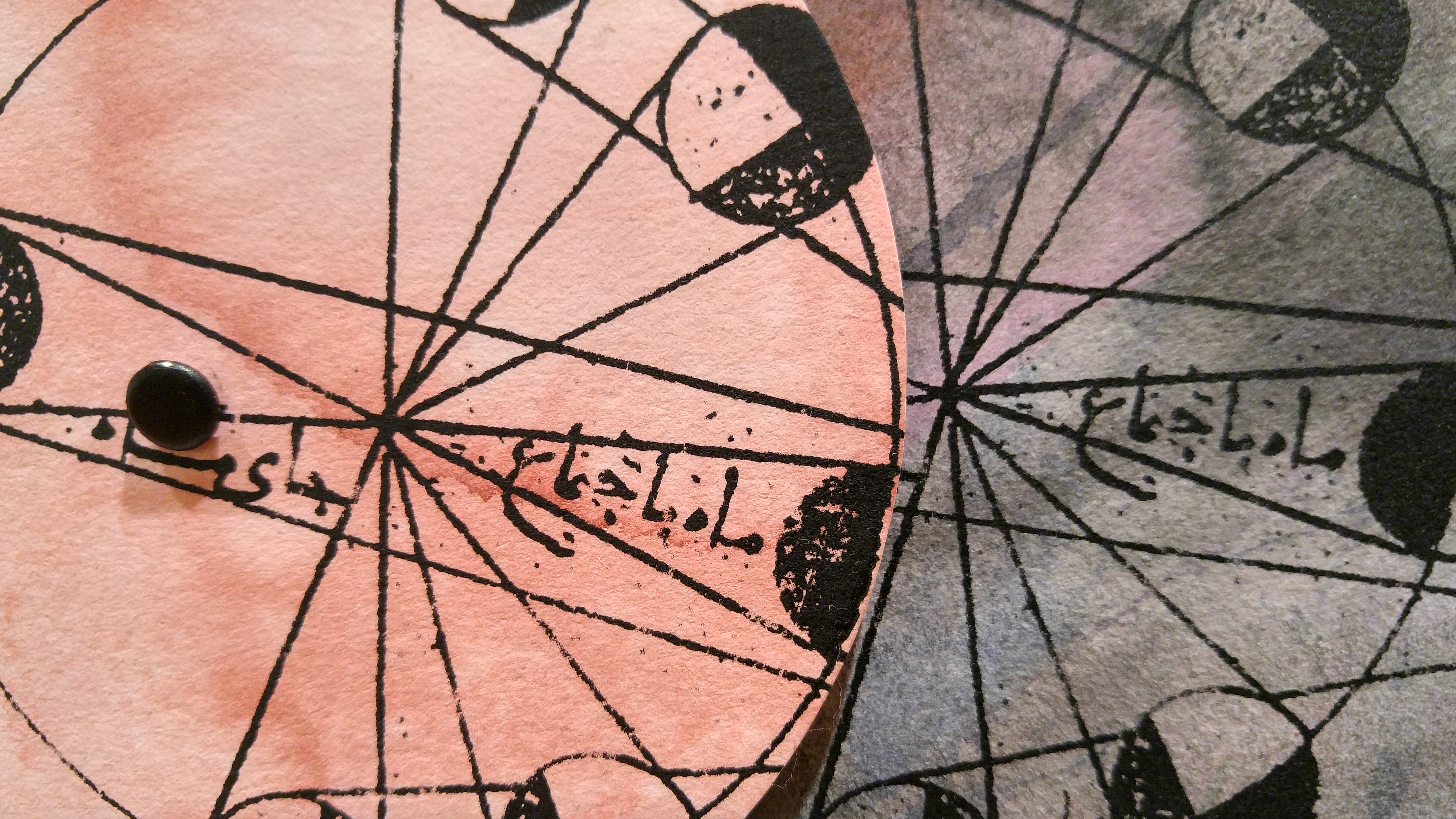 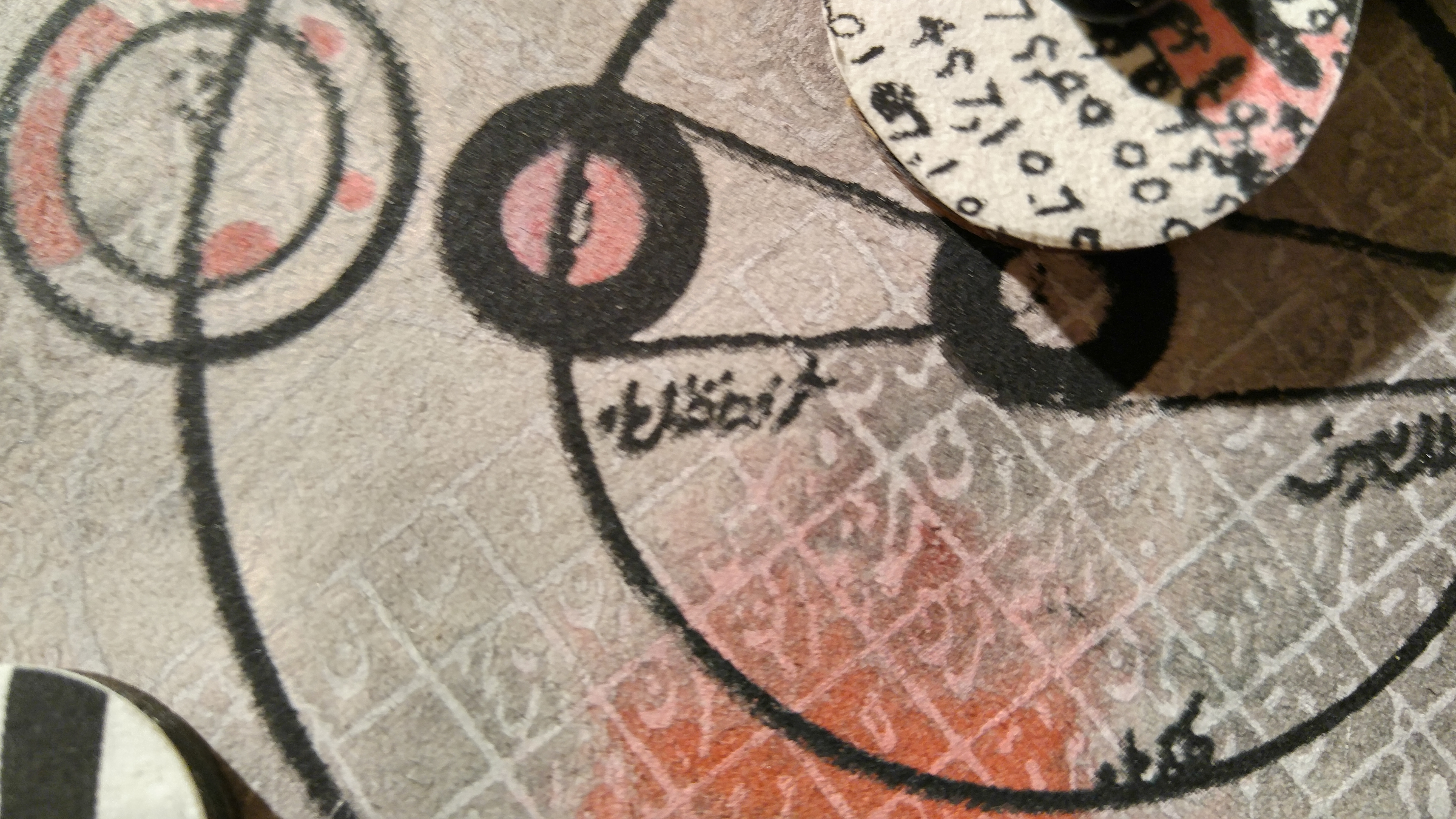 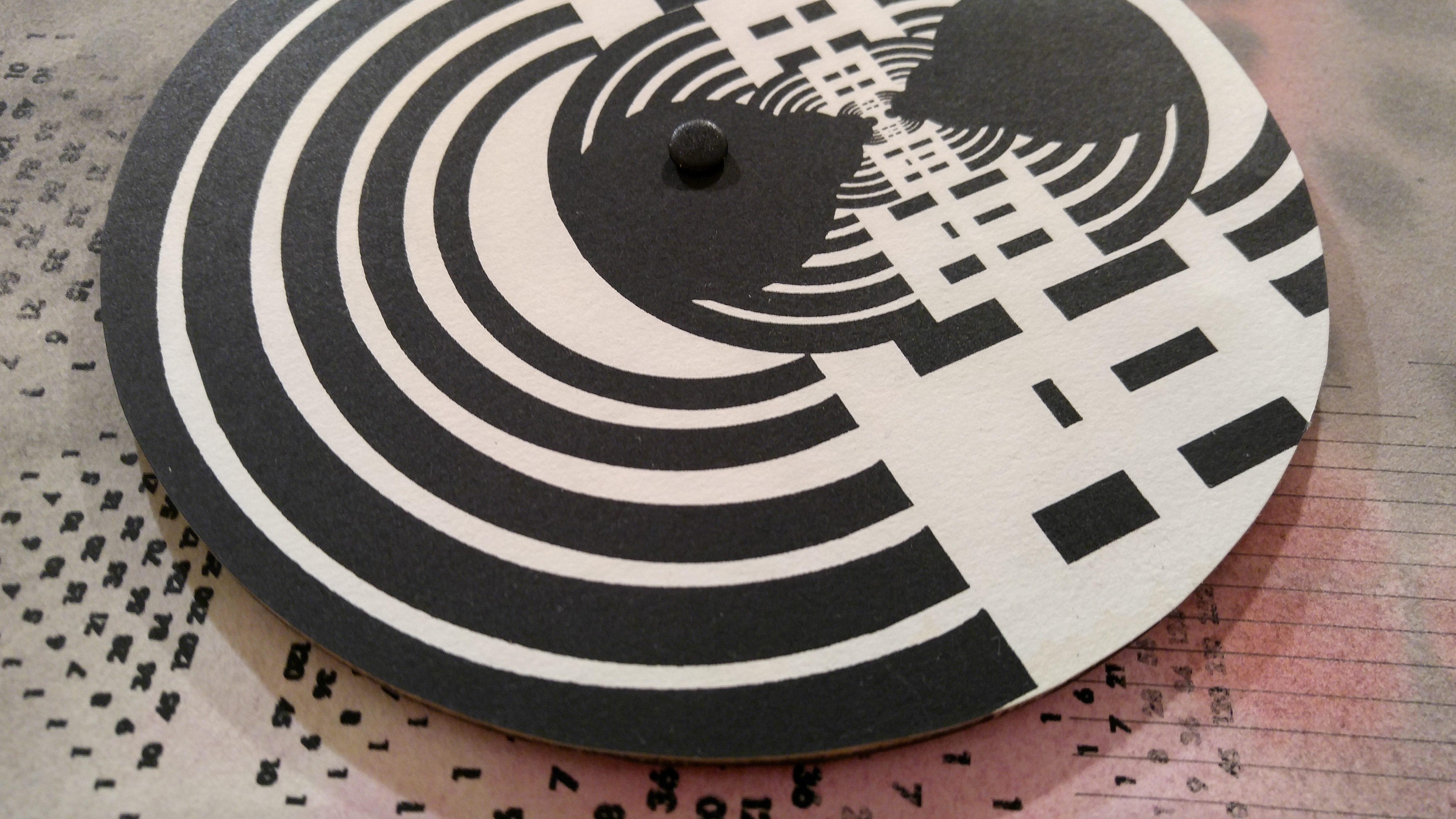 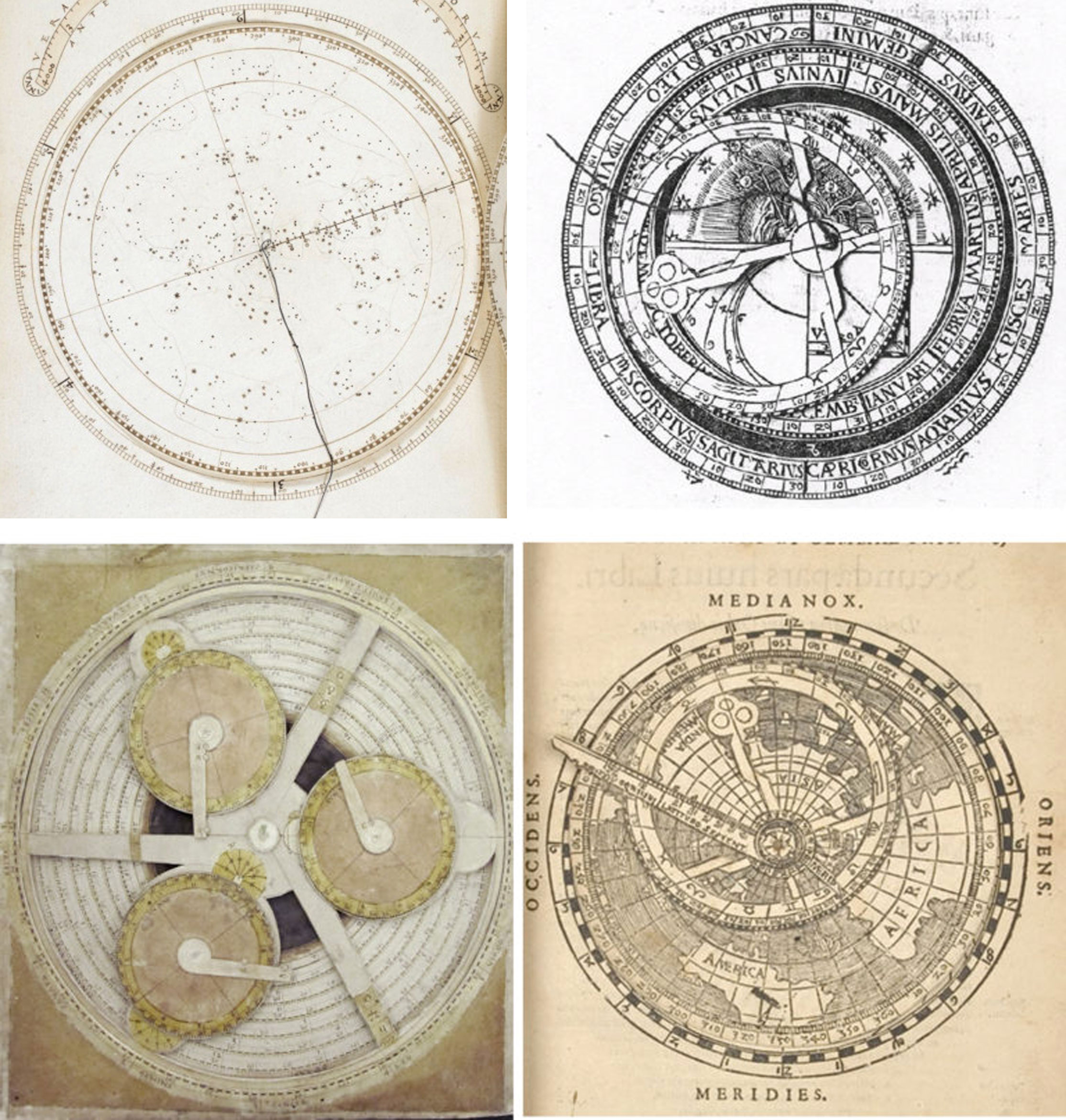 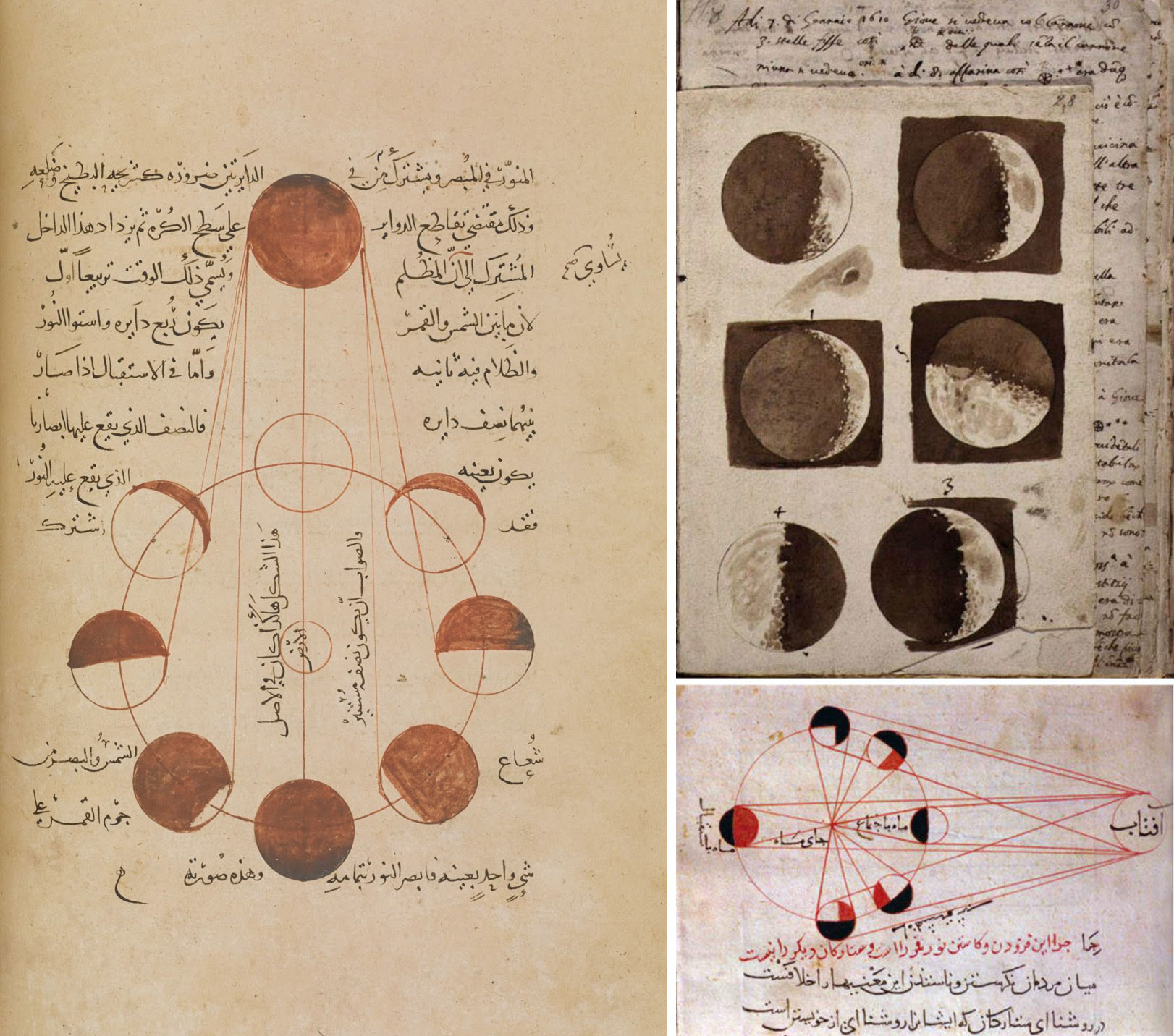 ← The Circulation of Knowledge, Nexus & Lore Waters of Life, Waters of Death →